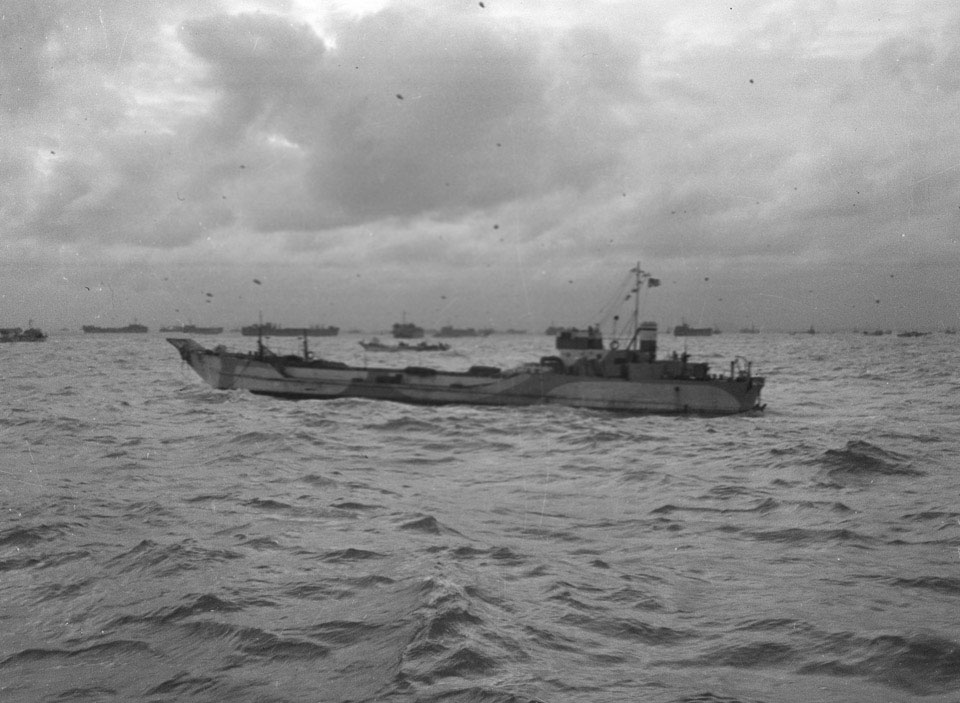 'An LCT, part of the convoy, passing through other shipping assembling in the Solent', June 1944