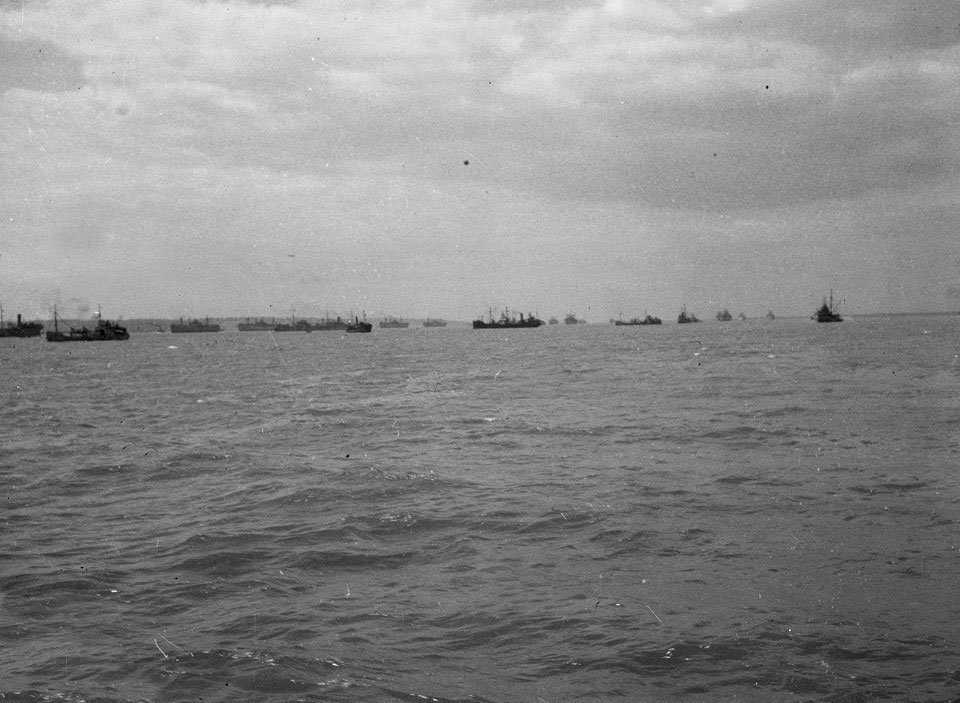 'Part of the Invasion Fleet off the Normandy Coast', Operation OVERLORD, 1944

The war diary of the 3rd County of London Yeomanry (Sharpshooters) for 7 June 1944 records that 'At first light, about 0500, land was sighted and the convoy was now amid a mass of other shipping lying offshore. Moreover, we lay off the American sector, some miles to the West of 'M' & 'O' beaches which were at Graye-Sur-Mer, and where we scheduled to land. Coasting East we were finally told to go in off Mont Fleury La Riviere, about 5 kilos West of our allotted beach.'.