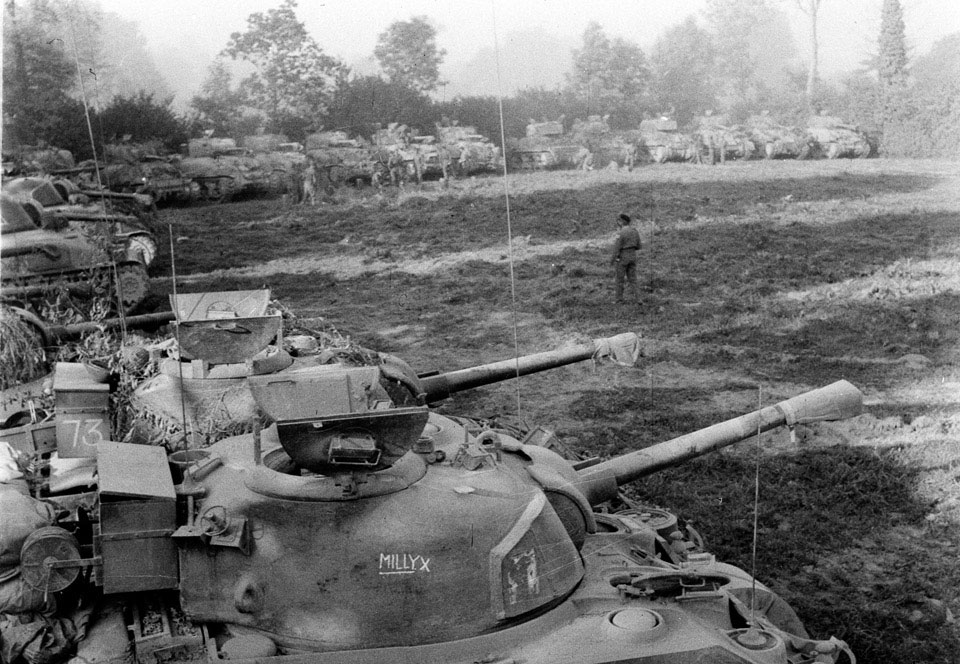 Tanks refuelling while waiting to go on transporters, Normandy, 1944

Approximately 18 Sherman tanks await their Royal Army Service Corps (RASC) transport vehicles. Transporters were used so that tanks did not have to travel long distances to a battlefield which could wear their tracks out before going into action.