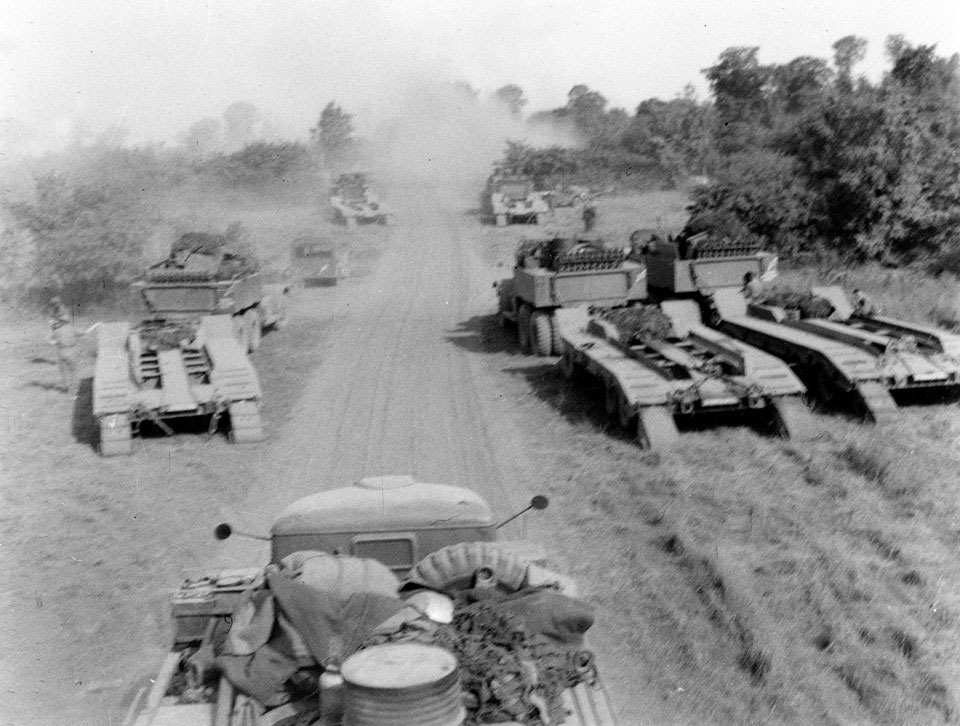 The American built Diamond T tank transporter tractor was allocated to Commonwealth armies under the Lend Lease scheme. Transporters were used so that tanks did not have to travel long distances to a battlefield which could wear their tracks out before going into action.