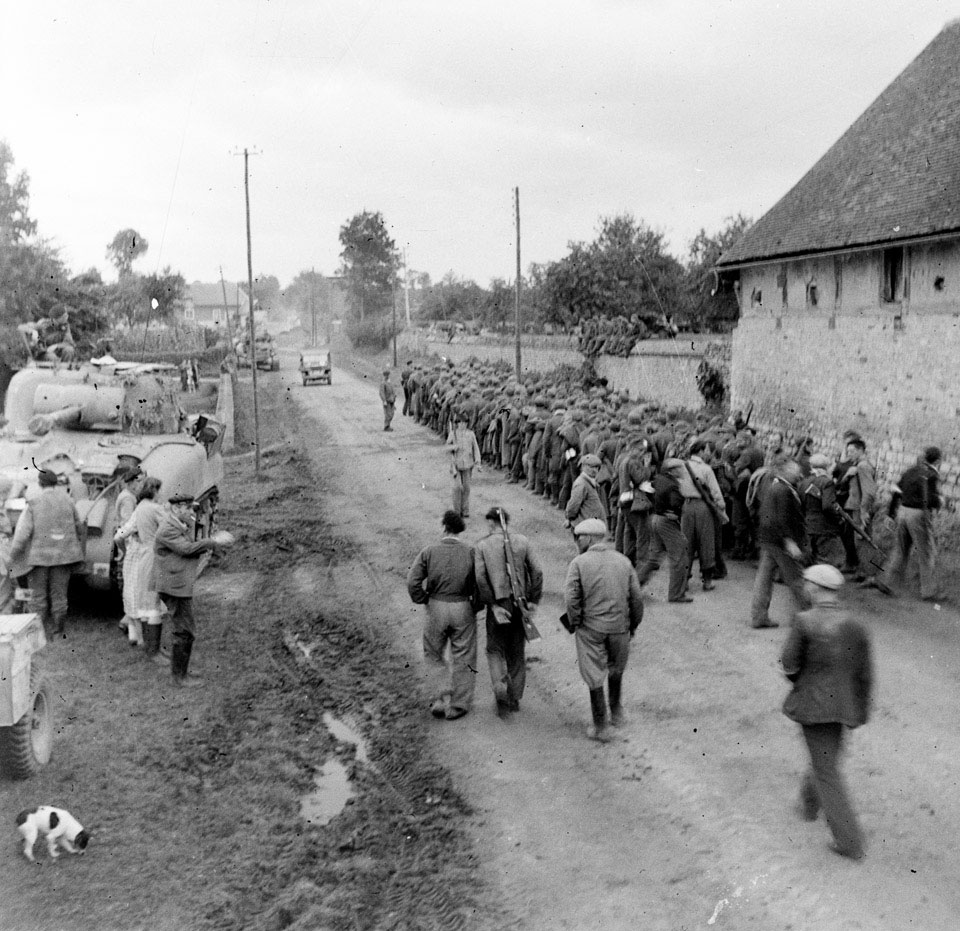 German prisoners being marched away by the French Maquis, 1944

In the weeks leading up to D-Day the French resistance carried out acts of sabotage against transport and communication networks in order to delay the German deployment to Normandy. As the Allies broke out of the Normandy beach heads the Maquis assisted the invasion by guarding prisoners and providing intelligence on German troop deployments.