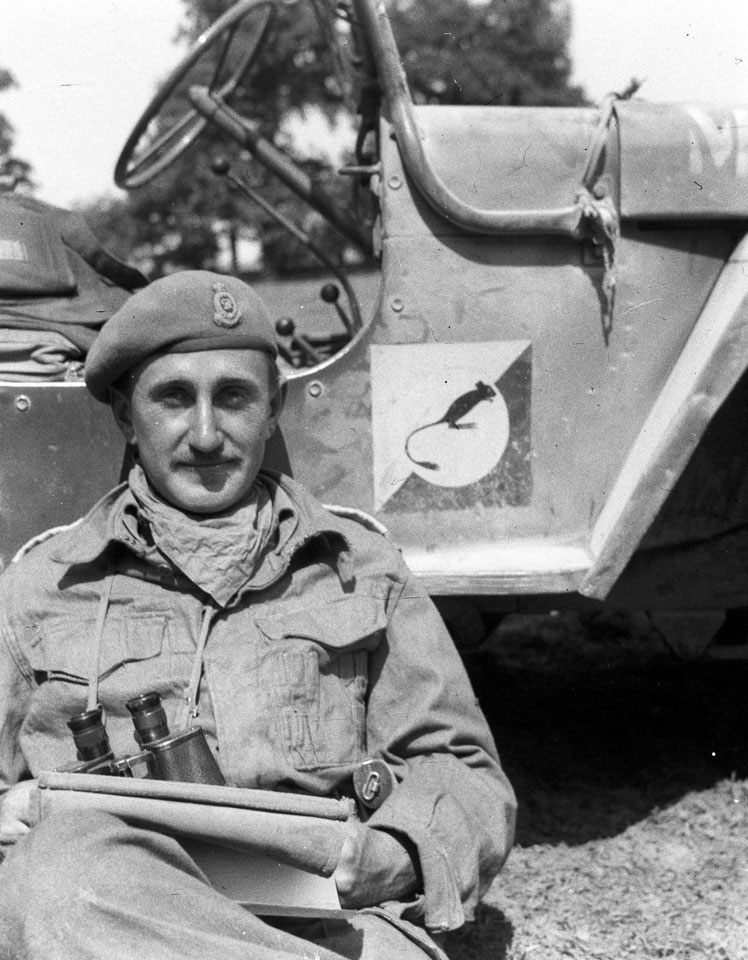 Captain Stainer leans against his vehicle on which the jerboa emblem of 4th Armoured Brigade is painted. 4th Regiment Royal Horse Artillery had previously served with the 7th and 1st Armoured Divisions in North Africa.