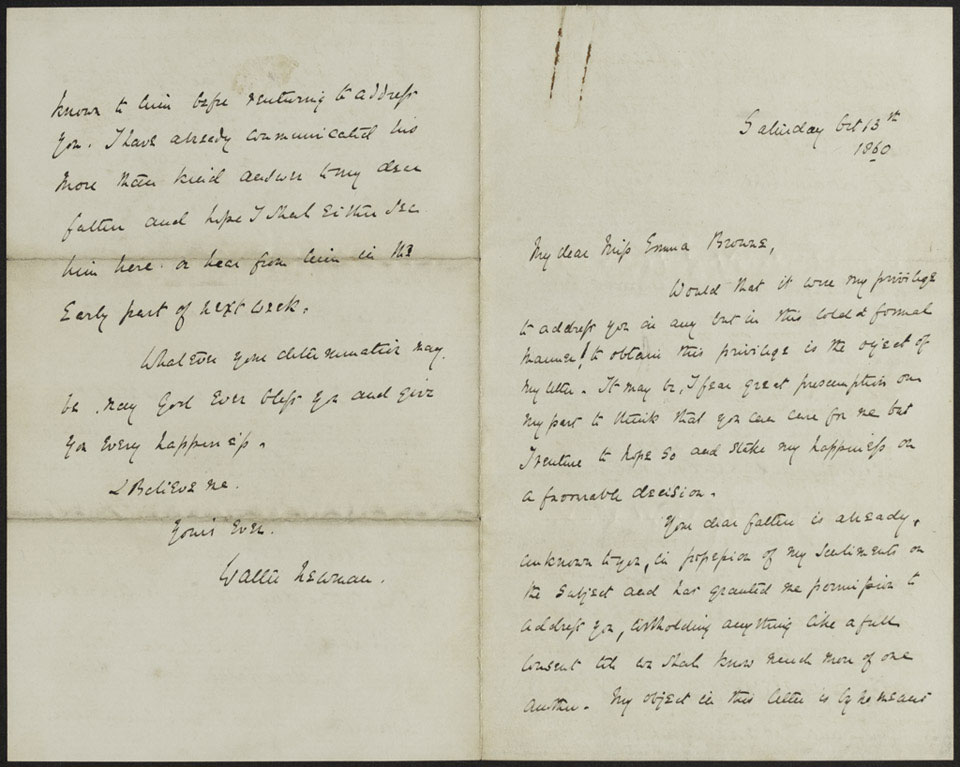 On 13 October 1860, whilst based in Portsmouth, Walter wrote to the 16-year-old Emma, asking for her hand in marriage. Emma accepted Walter's proposal with a letter of agreement.

The couple married in Plymouth in 1861, they had three children, Edwin, Walter and Evelyn.