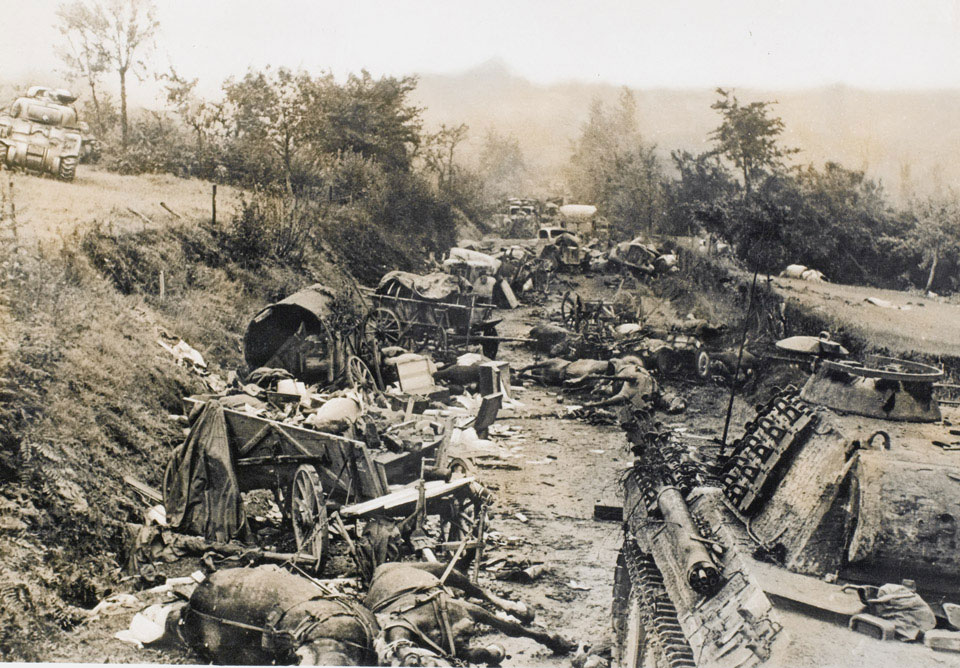 The Allies enjoyed almost complete air superiority over northern France. The Royal Air Force's (RAF) Typhoon squadrons in particular took a heavy toll on German transport columns during the Normandy campaign. The destroyed column shown here belonged to elements of the German 7th Army which retreated to Chambois while attempting to escape encirclement during the closing of the Falaise Pocket.