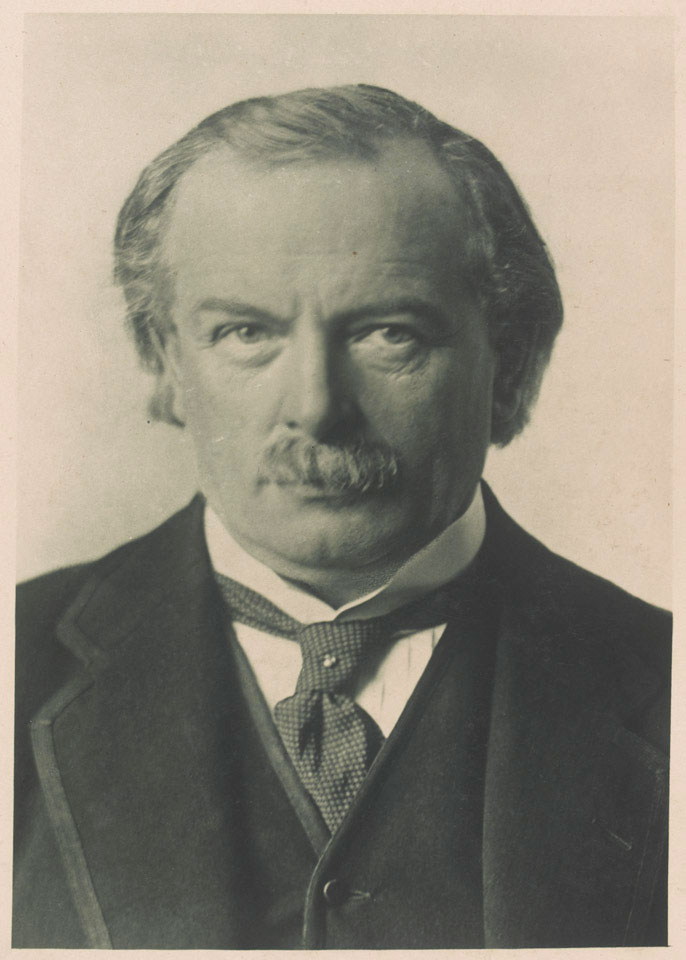 From an album of 500 photographs compiled by the Anglo-Russian Press Service Limited and dedicated to the Prime Minister, Lloyd George, and those who fell in the war, 6 September 1918.

David Lloyd-George was an important political figure of the early 20th century and held many prominent positions during and after the First World War (1914-18). On the outbreak of war he was the Chancellor of the Exchequer but following the shells crisis of 1915, took up the newly created position of Minister of Munitions. In this capacity he oversaw a massive expansion in Britain's production of war material. Following the death of Lord Kitchener in 1916 Lloyd-George became Secretary of State for War, before replacing Herbert Asquith as Prime Minister in December that year.

Lloyd-George had a difficult relationship with Britain's senior commanders, in particular Douglas Haig, the commander of Britain's armies on the Western Front and William Robertson, the Chief of the Imperial General Staff. In defiance of their advice and hoping to avoid the heavy losses that came with fighting battles on the Western Front Lloyd-George persistently advocated a strategy of deploying troops to alternative theatres of war, like Salonica, Italy and Palestine.

In 1918 Lloyd-George promoted himself as the 'the man who won war' to win 1918 election at the head of a Liberal-Conservative coalition. As well tackling the problems of Britain's post-war reconstruction, Lloyd-George played a major role at the Paris Peace Conference. He also helped to create Britain's commemorative culture through sponsoring the creation of the Cenotaph, the two-minute silence and the grave of the Unknown Warrior.