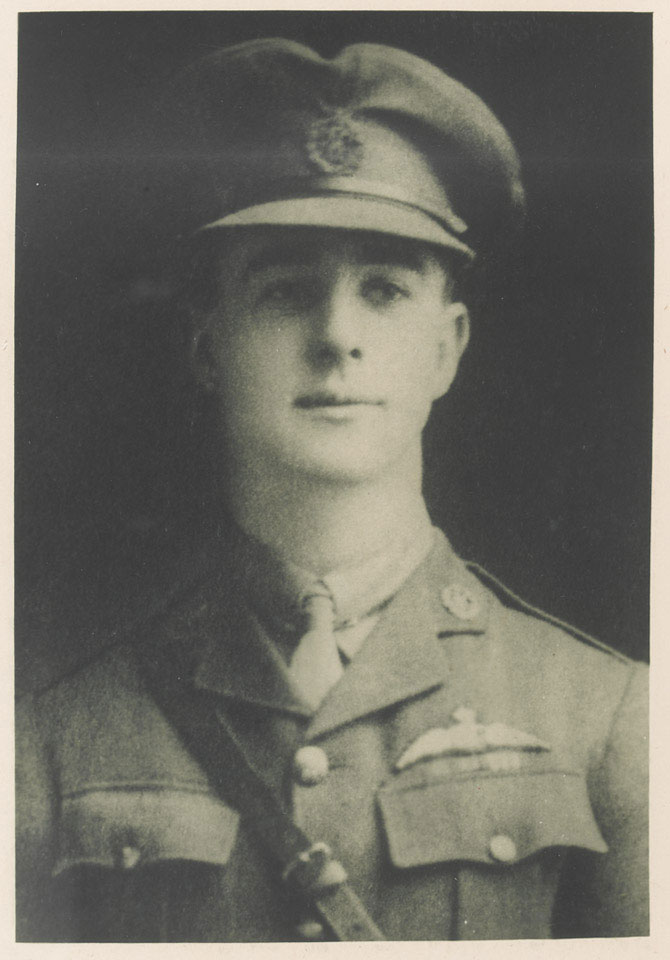 James McCudden (1895-1918) of the Royal Flying Corps was one of the greatest fighter aces of the war. Credited with 57 victories, he was the most decorated British combatant of the conflict. McCudden was a trained mechanic and applied a scientific approach to air combat, taking great care of his machine and tuning it so it had a higher altitude ceiling. As well as a Victoria Cross (VC), he was awarded the Distinguished Service Order (DSO) and Bar, the Military Cross (MC) and Bar and the Military Medal (MM). The citation for his VC in 'The London Gazette' of 2 April 1918 stated:

'For most conspicuous bravery, exceptional perseverance, and a very high devotion to duty. Captain McCudden has at the present time accounted for 54 enemy aeroplanes. Of these, 42 have been destroyed, 19 of them on our side of the lines. Only 12 out of the 54 have been driven down out of control. On two occasions, he had totally destroyed 4 two-seater enemy aeroplanes on the same day, and on the last occasion all 4 machines were destroyed in the space of one hour and thirty minutes.

While in his present squadron, he has participated in 78 offensive patrols, and in nearly every case has been the leader. On at least 30 occasions, whilst with the same squadron, he has crossed the lines alone, either in pursuit or in quest of enemy aeroplanes. The following incidents are examples of the work he has done recently:

on 23 December 1917, when leading his patrol, 8 enemy aeroplanes were attacked between 1430/1550 and of these 2 were shot down by Captain McCudden in our lines; on the morning of the same day, he left the ground at 1050 and encountered 4 enemy aeroplanes and of these he shot 2 down; on 30 January 1918, he, single-handed, attacked 5 enemy scouts, as a result of which 2 were destroyed. On this occasion, he only returned home when the enemy scouts had been driven far east; his Lewis gun ammunition was all finished and the belt of his Vickers gun had broken.

As a patrol leader he has at all times shown the utmost gallantry and skill, not only in the manner in which he has attacked and destroyed the enemy, but in the way he has, during several aerial fights, protected the newer members of his flight, thus keeping down their casualties to a minimum. This officer is considered, by the record he has made, by his fearlessness, and by the great service which he has rendered to his country, deserving of the very highest honour'.

McCudden was killed in a flying accident on 9 July 1918 after his aeroplane suffered engine failure after taking off.