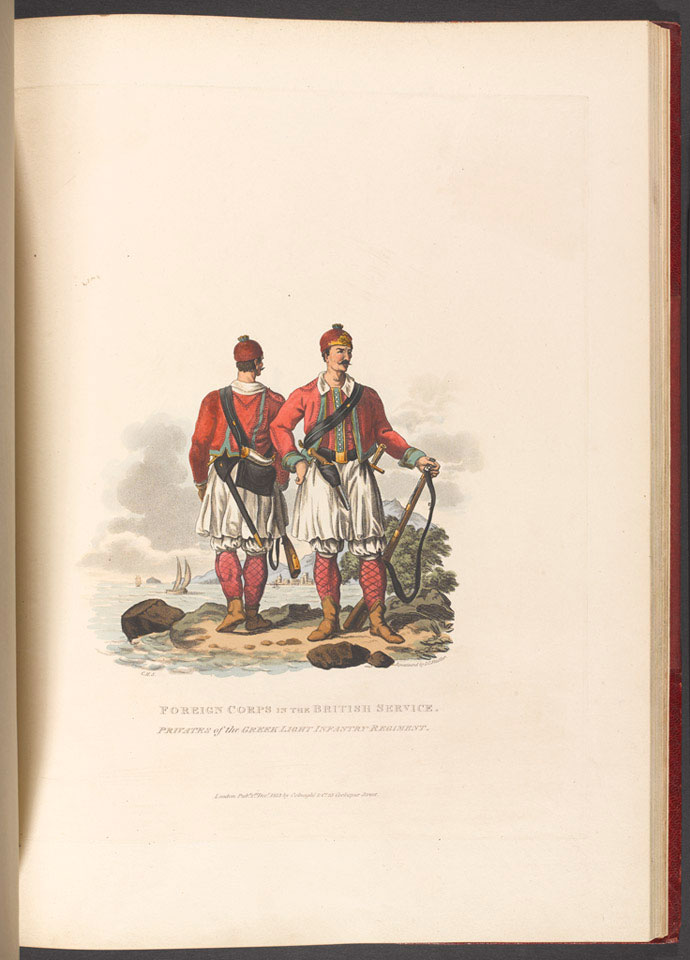 'Foreign Corps in the British Service. Privates of the Greek Light Infantry Regiment', 1812

The Duke of York's Greek Light Infantry were raised on the British ruled Ionian Islands in 1809. The soldiers wore the white cotton foustanella, a form of kilt unique to Greece. This garment was nearly 30 yards long and folded into over 400 pleats that were said to symbolise the 400 years of Turkish rule over Greece. The unit was disbanded in 1815.