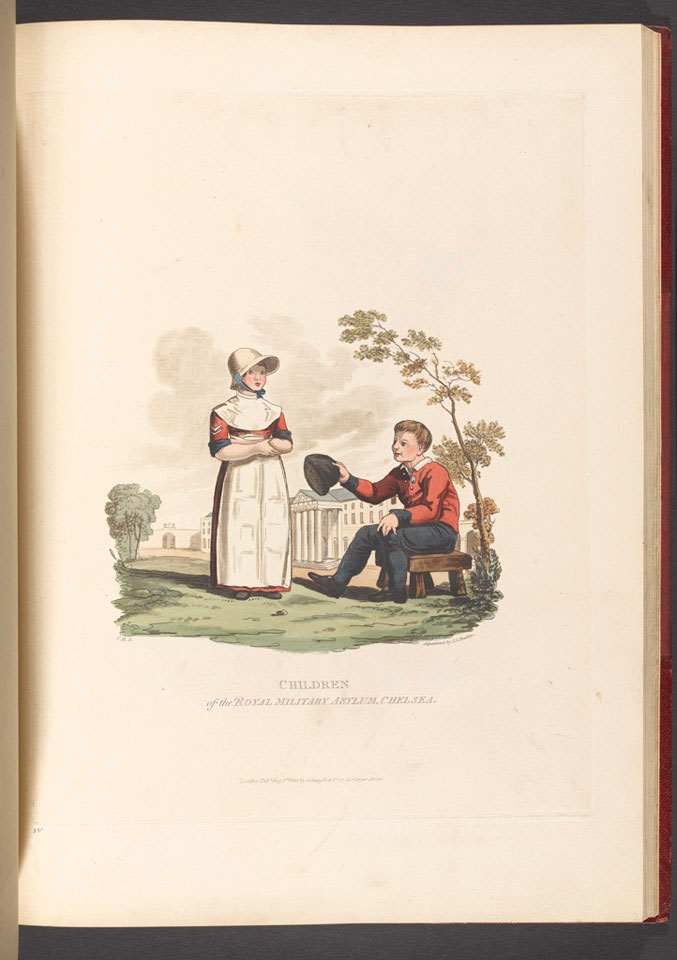 Founded in 1803 by act of Royal Warrant dating from 1801, the Royal Military Asylum aimed to educate the orphans of British servicemen killed in the French Revolutionary and Napoleonic Wars (1793-1815). In 1892 it was renamed The Duke of York's Royal Military School and in 1909 it was relocated to Dover, where it continues to this day.