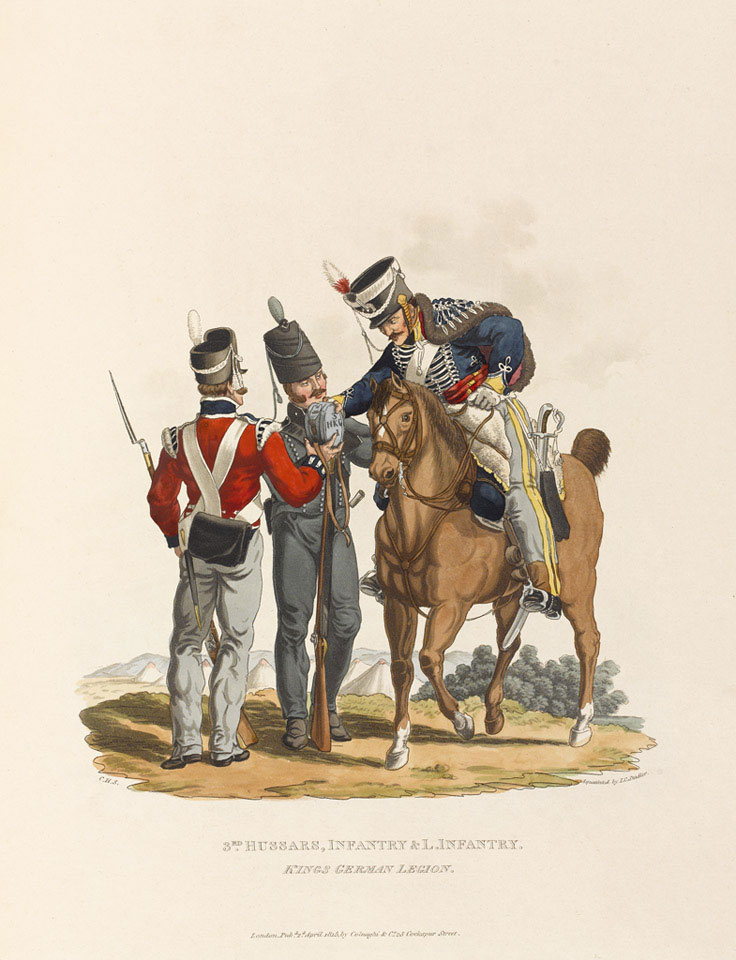 Coloured etched aquatint by J C Stadler after Charles Hamilton Smith. From the series 'Costumes of the Army of the British Empire, according to the last regulations', published by Colnaghi and Company, Cockspur Street, 1815.

It eventually grew in size to include 10 line battalions, two rifle battalions, five cavalry regiments and artillery; around 14,000 men in total. Its home depots were at Bexhill-on-Sea (infantry) and Weymouth (cavalry) and during its 13-year existence some 28,000 men passed through its ranks.