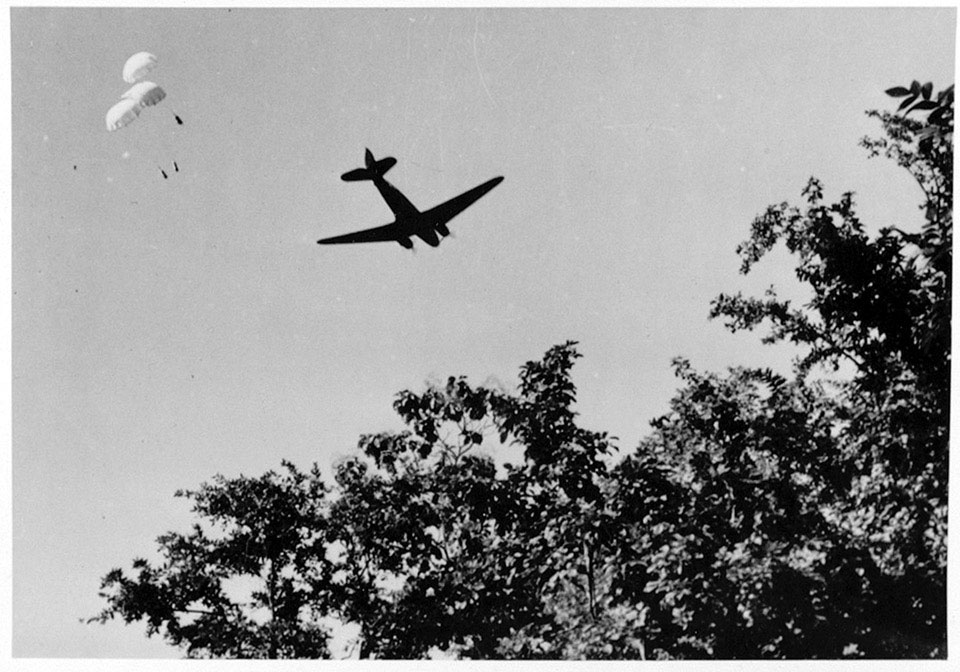 A supply drop by parachute to East African troops in Burma, 1944 (c)

Air transport was all-important in the Burma Campaign. The country's dense jungle and mountainous terrain coupled with a lack of roads meant that the bulk of supplies had to be dropped by air. This was a somewhat haphazard business and it was not uncommon for supplies to go astray or even fall into enemy hands, however it did allow units both to hold out when surrounded by the Japanese and to mount more sustained campaigns into enemy territory.

From an album of 190 photographs relating to the 11th East African Division and the King's African Rifles.