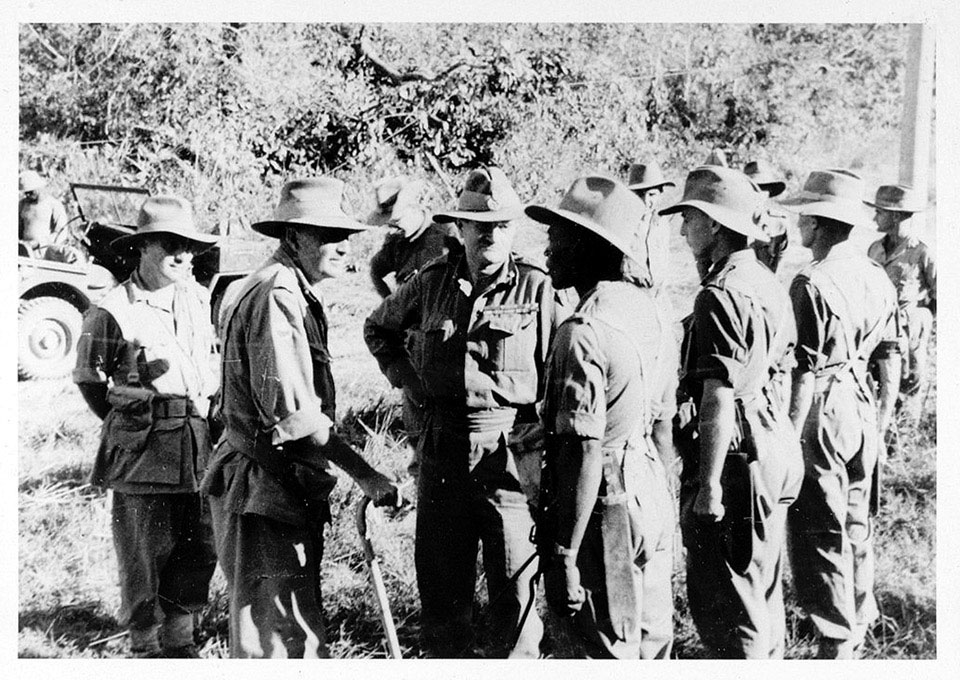 Slim and his staff talk to the gunner during their inspection of the 11th East African Division in Burma. Elements of the division played a part in the decisive battles of Meiktila and Mandalay fought towards the end of the Burma Campaign.