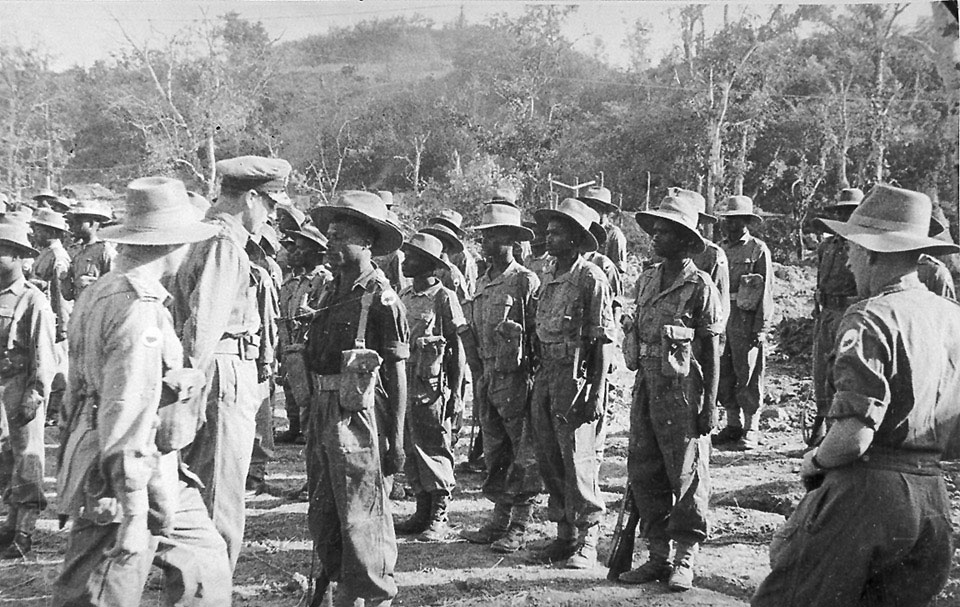 Mountbatten, Supreme Commander South East Asia, visited the 11th (East African) Division just after elements of the formation had played a part in the decisive Battle of Meiktila and Mandalay fought towards the end of the Burma campaign.