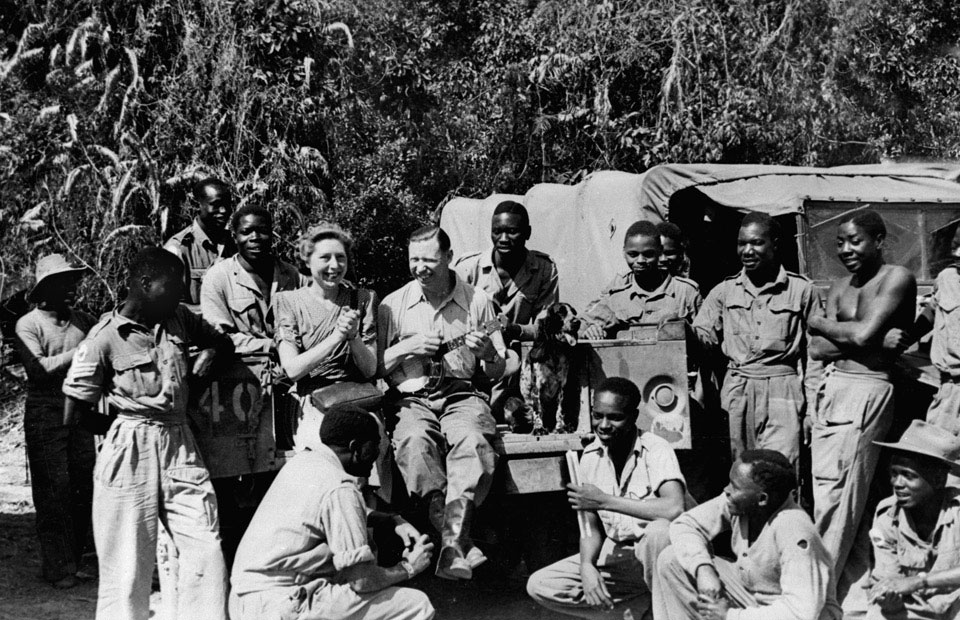 George Formby performing for soldiers of the 11th East African Division, during a tour of the 14th Army, 1945

Formby was one of the most popular entertainers during World War Two. He flew to Burma in January 1945 with his wife Beryl. Their visit took in Akyab, Ramree Island, Sadaung, Shwebo and Alipore. Here the couple are pictured with men from 11th East African Division.

From an album of 190 photographs relating to the 11th East African Division and the King's African Rifles.