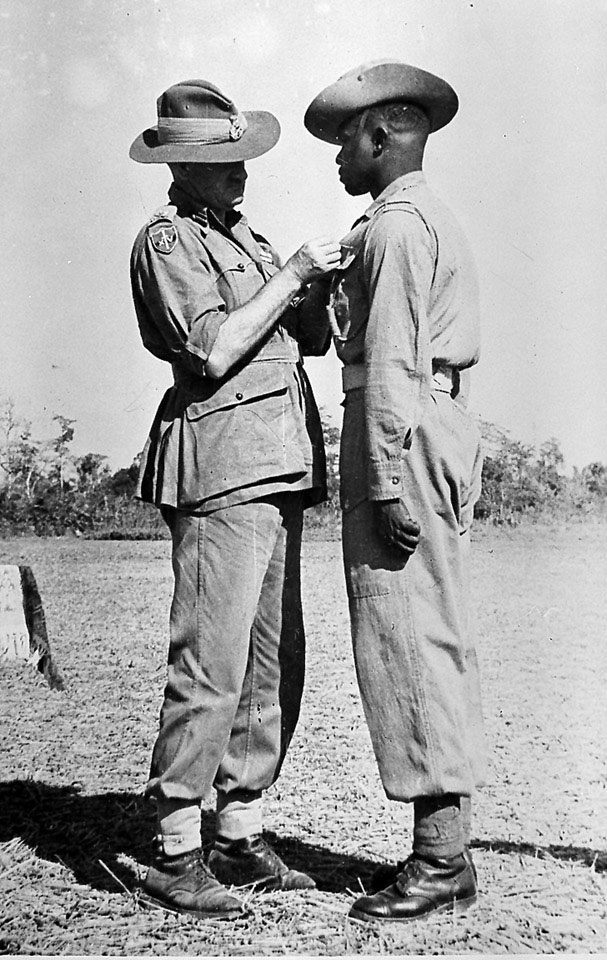 After the defeat of the Japanese offensives against Imphal and Kohima in the summer of 1944, the Allied armies were able to take the offensive against the Japanese. The 11th East African Division played a lead role in pursuing the retreating Japanese down the Kabaw valley and its units were the first to cross the Chindwin River.

From an album of 190 photographs associated with 11th East African Division and the King's African Rifles.