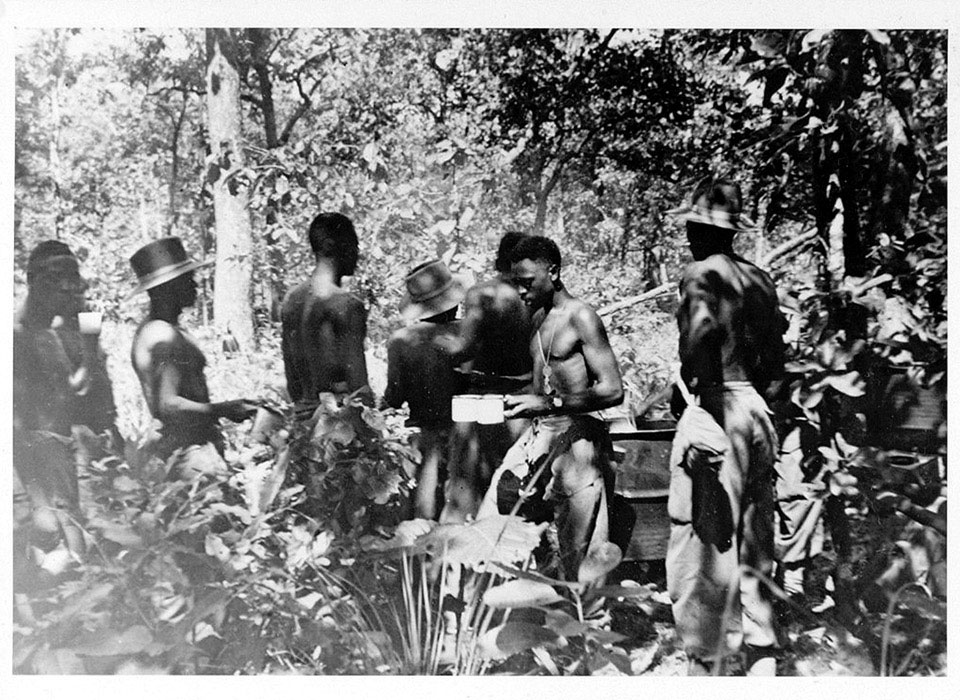 Askaris of the 11th East African Division lining up for cups of tea and biscuits in the jungle, Burma, 1944 (c)

East African soldiers serving in Burma tried a variety of different foods in their diet, these included maize meal, meat, ghee, and vegetables. While undertaking jungle patrols each soldier was issued with light weight high energy rations, while squads would also carry a eight man mixed ration pack that could be cooked in its can. A standard issue subsistence food that was particularly disliked by both British and African soldiers was a 'sausage' made from processed soya link.

From an album of 190 photographs, 11th East African Division and the King's African Rifles.