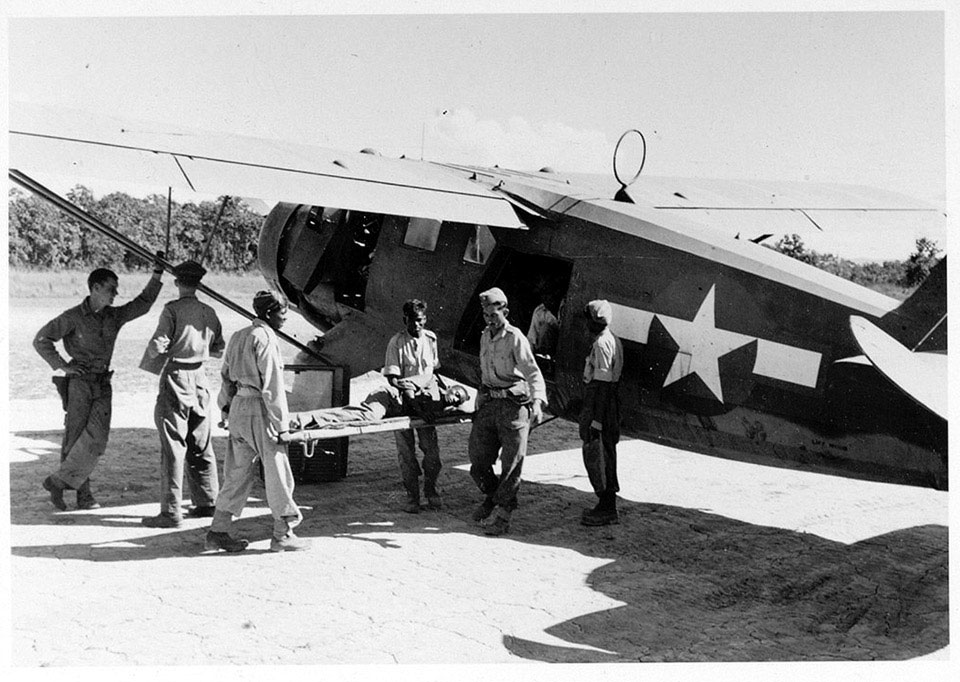 A wounded askari being evacuated by aircraft, Burma, 1944 (c)

Due to the inaccessible nature of the Burmese terrain often the only effective method of evacuating casualties was by air. This was done using light aircraft of the type pictured here or by gliders, both of which would have to be carefully flown in to prepared landing strips. Gliders would be launched from the ground by the elaborate means of a raised tow rope which a low flying aircraft would hook its self onto in passing and then drag the glider into the air.

From an album of 190 photographs relating to the 11th East African Division, US Army Air Force and the King's African Rifles.