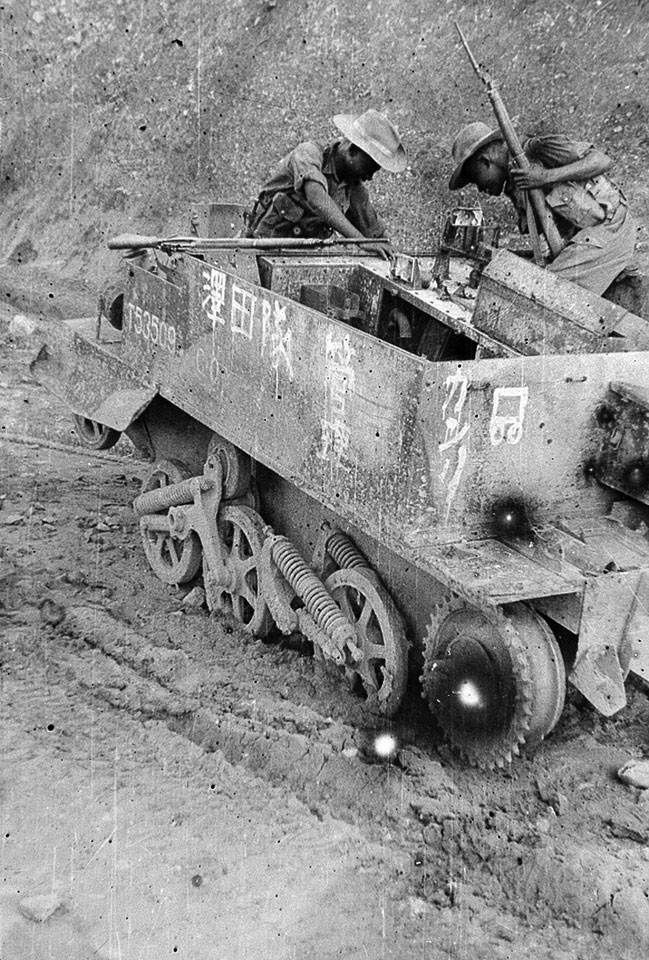 The soldiers are probably members of the King's African Rifles, nine battalions of which served with the 11th East African Division during the Burma campaign. During the war the Japanese frequently used and adapted equipment and vehicles captured from the Allies.