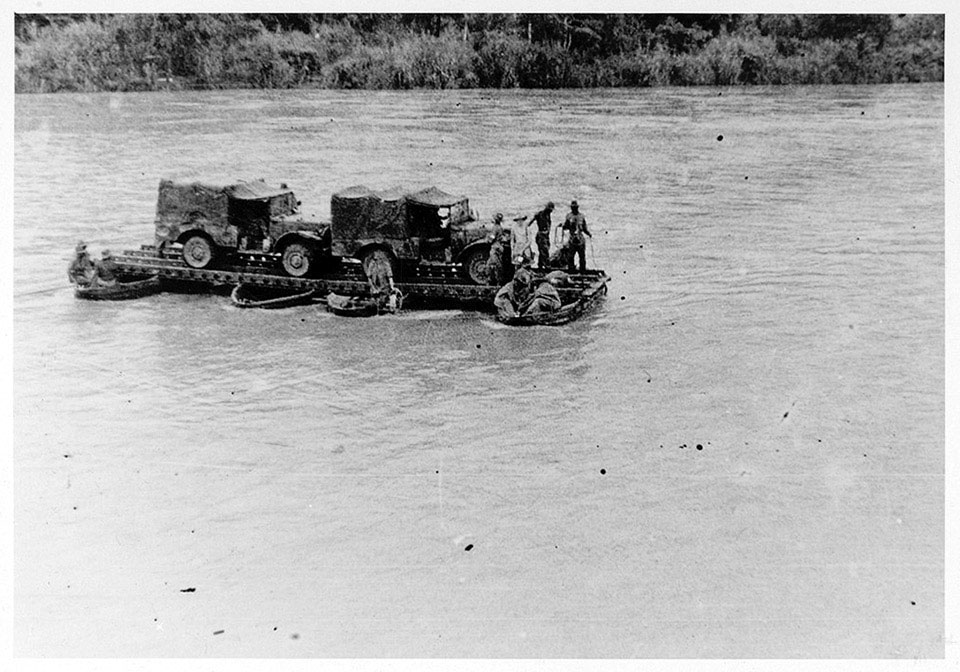 Askaris and supply trucks fording a flooded area during the monsoon, Burma, 1944

The East African forces deployed in Burma could call on the support of Engineer Field companies. These fulfilled a variety of roles such as mine clearance, road construction and bridging. Crossing rivers was often a formidable undertaking, but became a speciality of the East African Engineers. During the crossing of the Chindwin River in November 1944, 58 Field Company East African Engineers, with the support of 200 Burmese, transported the whole of 21st East African Brigade, which comprised 2,500 men and 600 mules across the river in 36 hours mainly using rafts of the type pictured here.