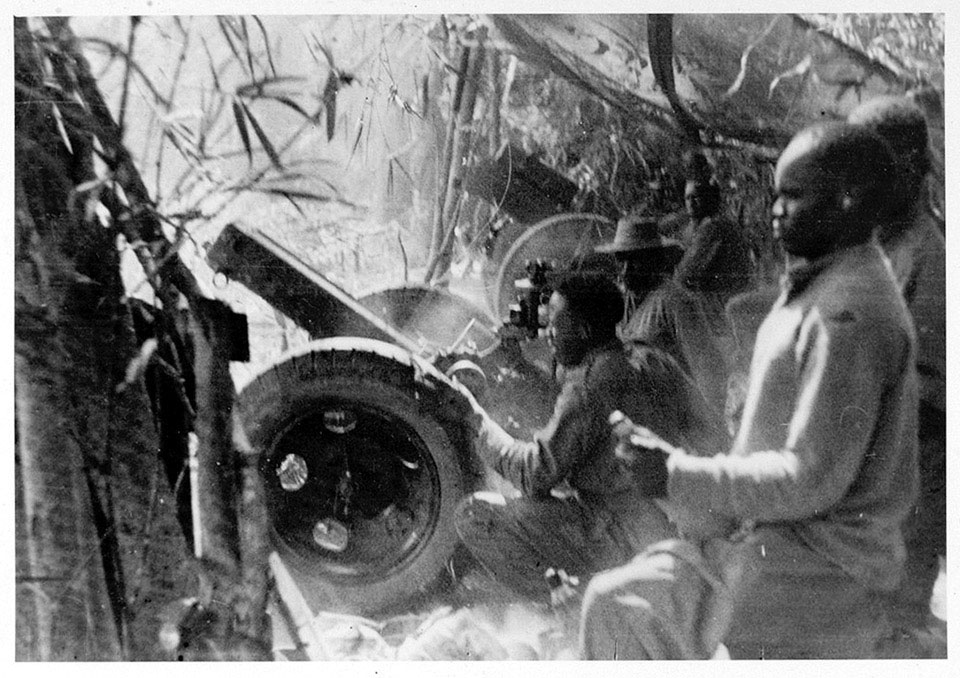 The capture of Kalewa formed part of the advance down the Kabaw valley towards the Chindwin River. The terrain of the Kabaw valley proved a great hindrance to artillery, which often did not have the trajectory to clear the crests of steep sided ridges. Fields of fire were greatly restricted by the dense jungle and so the preparation of a gun position could take up to two days and often required the felling of trees and the building of log platforms upon which the guns would have to be positioned. The intense humidity also rendered range finding optical instruments and artillery shells unreliable.

From an album of 190 photographs associated with 11th East African Division and the King's African Rifles.