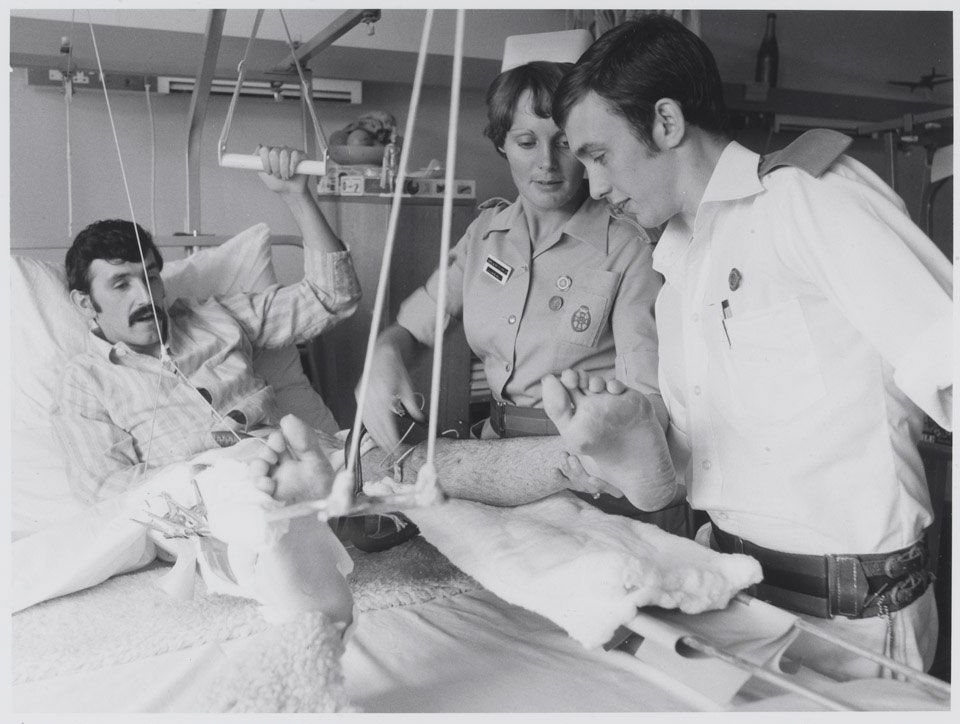 Photograph, most likely taken at the Duchess of Kent's Military Hospital in Catterick, 1975 (c).

A nurse of removes the plaster cast from a patient's leg whilst a member of the Royal Army Medical Corps supports the leg, 1975 (c).