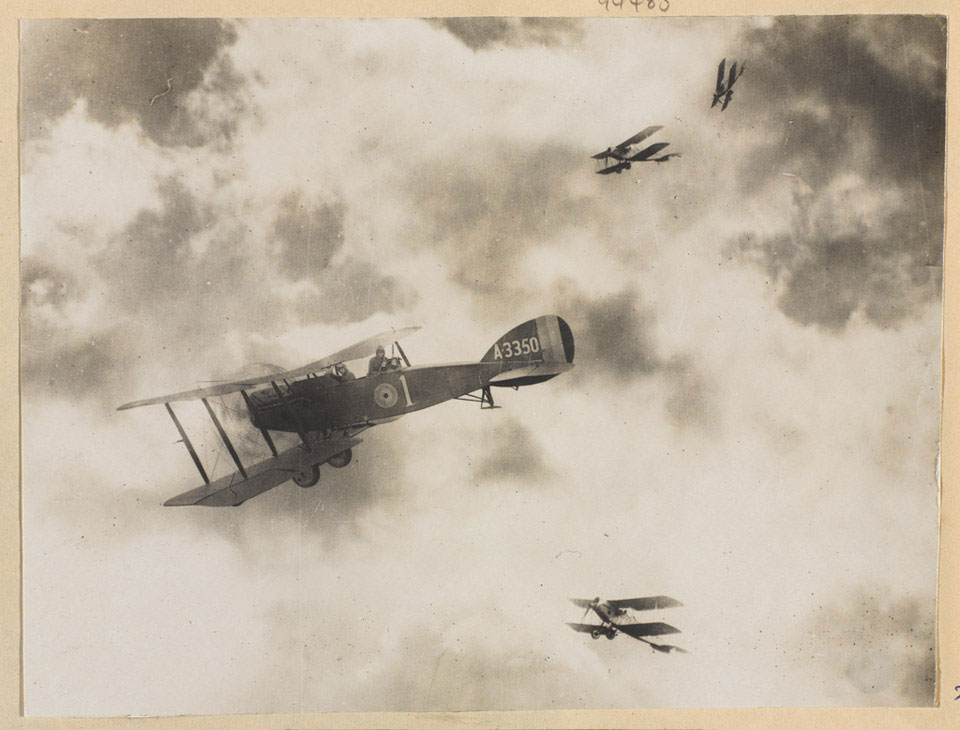 The Royal Flying Corps (RFC) was the air arm of the British Army. During the early part of the war, the RFC's main responsibilities were artillery spotting and photographic reconnaissance. This work gradually led RFC pilots into aerial battles with enemy pilots engaged in similar activities. As the war progressed the RFC strafed enemy trenches and troop concentrations and bombed airfields, transportation networks and industrial facilities. In April 1918, the RFC was amalgamated with the Royal Naval Air Service to form the Royal Air Force (RAF).