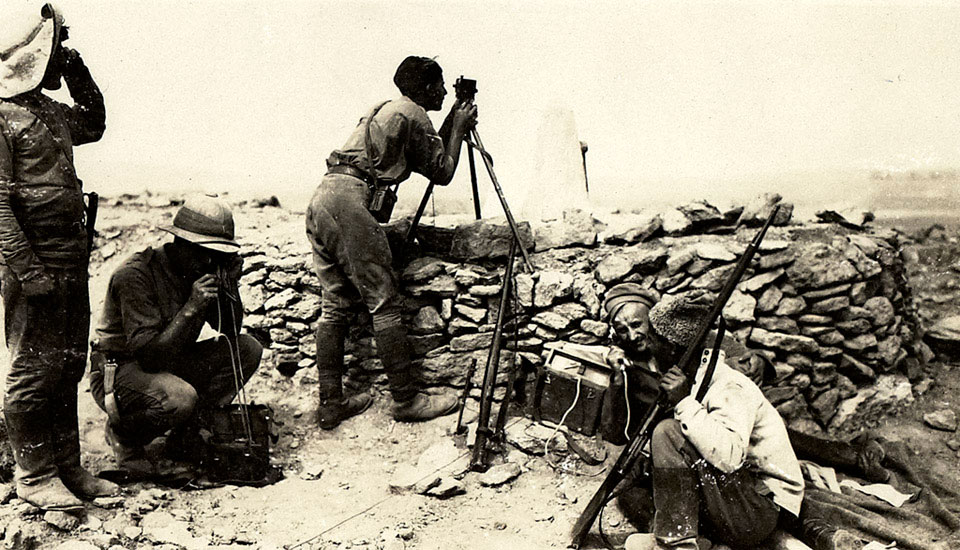 A British artillery officer with Armenians at a forward observation post, Baku, September 1918

The resources available to Dunsterforce, both in terms of men and equipment, were insufficient to accomplish the mission's main goals of holding oil-rich Baku. The British also struggled to mobilise the residents of Baku who were too preoccupied with infighting to mount a united defence.