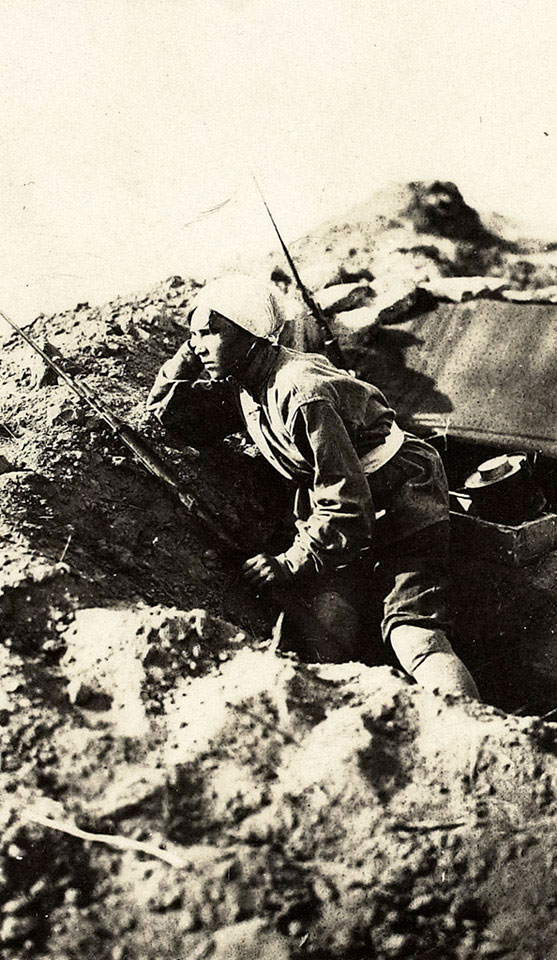 Armenian woman in a front line trench in Baku, Azerbaijan in September 1918

Caption: 'An Armenian girl fighting in the front line trench. There were many women who did this, for they had lost their homes and had no where [sic] else to go. They preferred to take their chance with their own men, rather than remain behind unprotected. Armenian refugees constituted one of "Dunsterforce's" numerous problems - everything that could be done for them was done.'

It is possible this caption is referring to the Armenian genocide, which was the targeted annihilation of Armenian Christians living in the Ottoman Empire that took place between the spring of 1915 to the autumn of 1916. This was intended to strengthen Muslim Turkish dominance in the regions of central and eastern Anatolia. Around 1.2 million Armenian Christians were killed through massacres, individual killings, during deportations, systemic ill treatment, exposure and starvation.