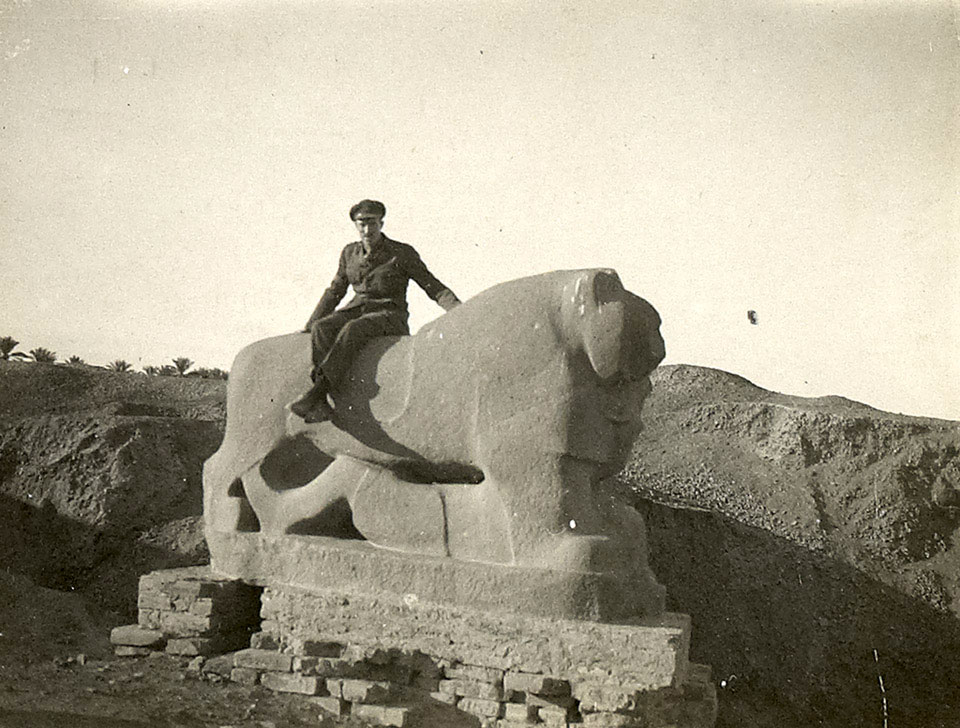 Major William Leith-Ross, Army Staff and 13th Frontier Forces Rifles, sitting on top of a statue of the Lion of Babylon, Iraq, January 1918.

The statue of the 'Lion of Babylon' is on the site of the ancient ruins of the city of Babylon, in what is now modern Iraq. The black basalt statue is of a saddled lion attacking a prone human figure dates from the 6th century BCE. The lion was a symbol of power in the Babylonian Empire and has been adopted as an emblem of modern Iraq. The statue was in a vulnerable and deteriorating state in 2013 when the World Monuments Fund stepped in to help conserve and preserve the monument.