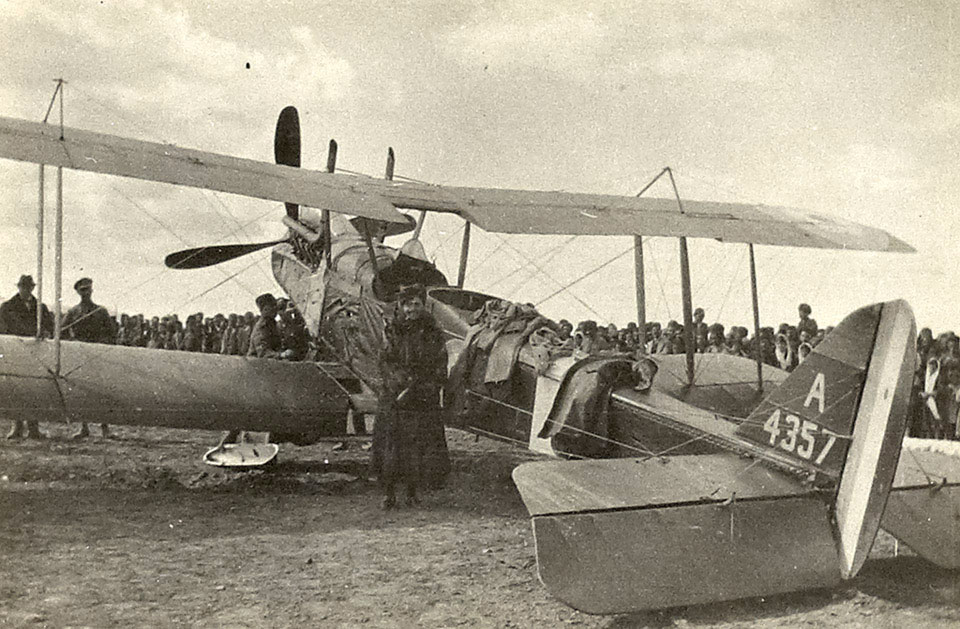 'The first aeroplane to land in Persia' at Hamadan', March 1918

The Baku oil installations and the strategically important Trans-Caucasian railway were deemed vital to the Allied war effort so after the Russian armies in the Caucasus collapsed following the October Revolution (1917), the British attempted to bolster the Allied position there by despatching a military mission called Dunsterforce.

Troop and supplies were gathered at Hamadan and Enzeli in north Persia before crossing the Caspian Sea to Baku. These included several reconnaissance aircraft and two Martinsyde fighter-bombers. But the resources available to Dunsterforce, both in terms of men and equipment, were insufficient to accomplish the mission's goals and Baku fell to the Turks on 14 September 1918.