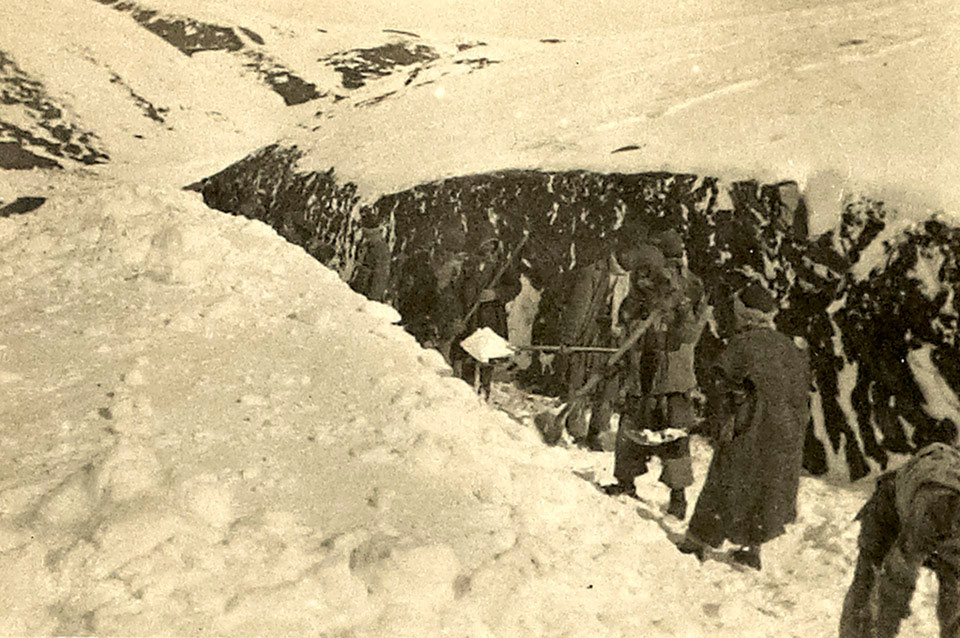 Clearing snow on the Asadabad Pass, 1918