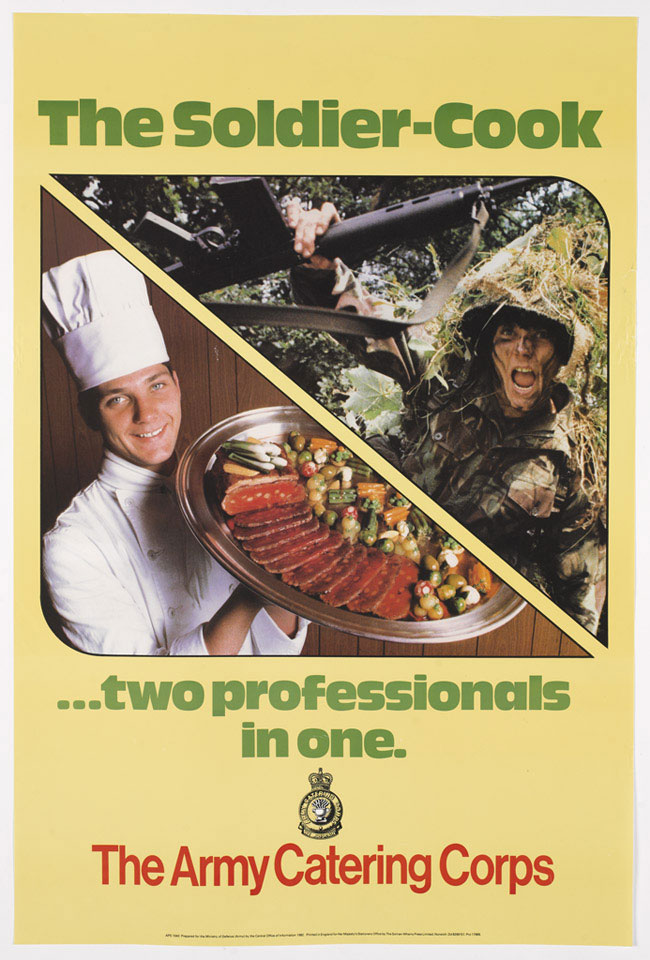 'The Soldier Cook two professionals in one. The Army Catering Corps'

Colour photolithograph recruiting poster published by the Ministry of Defence, 1982.

The Army Catering Corps (ACC) was originally formed in March 1941 as part of the Royal Army Service Corps (RASC), but became a corps in its own right in 1965 under the direction of the Quartermaster General. In 1993 it was amalgamated into the Royal Logistic Corps (RLC). The RLC's cap badge incorporates one element from each of its constituent corps' badges, including the motto of the Army Catering Corps, 'We Sustain'.