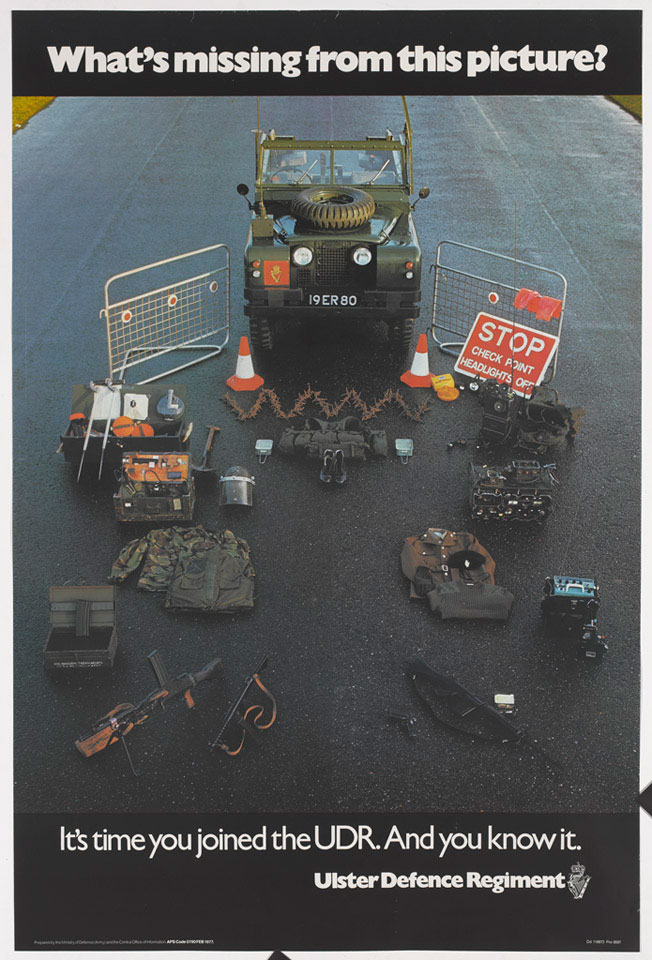 A British Army regiment, formed in 1970, the Ulster Defence Regiment (UDR) was raised to help deal with the growing unrest and violence in the province. Initially recruits for the first seven battalions raised served on a part-time basis and were encouraged to join irrespective of which side of the Protestant-Catholic divide they came from. The force was however predominantly Protestant throughout its history and faced accusations of sectarianism and collusion with Loyalist paramilitary groups.

In 1973 the Regiment began to recruit women into the force. Members and former members of the Regiment were prime targets for Republican paramilitary groups during 'the Troubles' and 197 soldiers were killed on active service between its formation in 1970 and its amalgamation in 1992. 61 ex-soldiers of the force were murdered after they left the Regiment. The UDR was amalgamated with the Royal Irish Rangers in 1992 to form the Royal Irish Regiment.