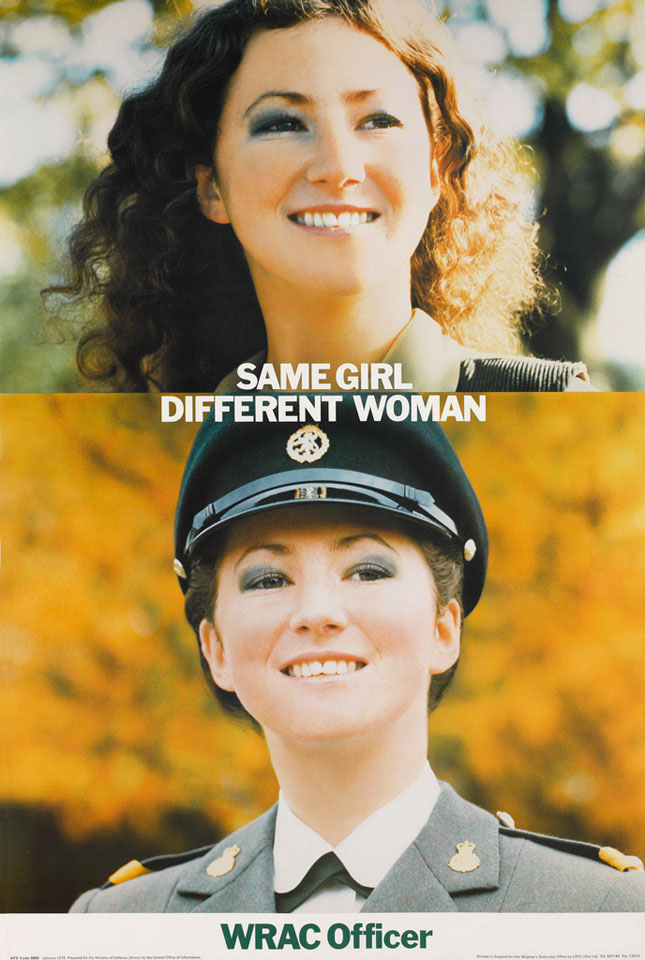 Recruiting poster, colour lithograph, published by the Ministry of Defence, 1979.

In 1970s British society, attitudes towards women's capabilities were changing. The 1970s saw the emergence of the Feminist movement, which promoted meritocracy - the people should be offered a job based on their abilities, no matter what their sex. 1970 was the year that the Equal Pay Act was introduced, however this did not apply to the three branches of military service.

During this period, roles for the Women's Royal Army Corps (WRAC) were still being limited to those seen as acceptable for women, but changes were starting to be made. On the one hand, this poster taps into the increasing independence that women were craving and achieving in wider society, but it also emphasises that a career in the Army doesn't mean you have to sacrifice your femininity.