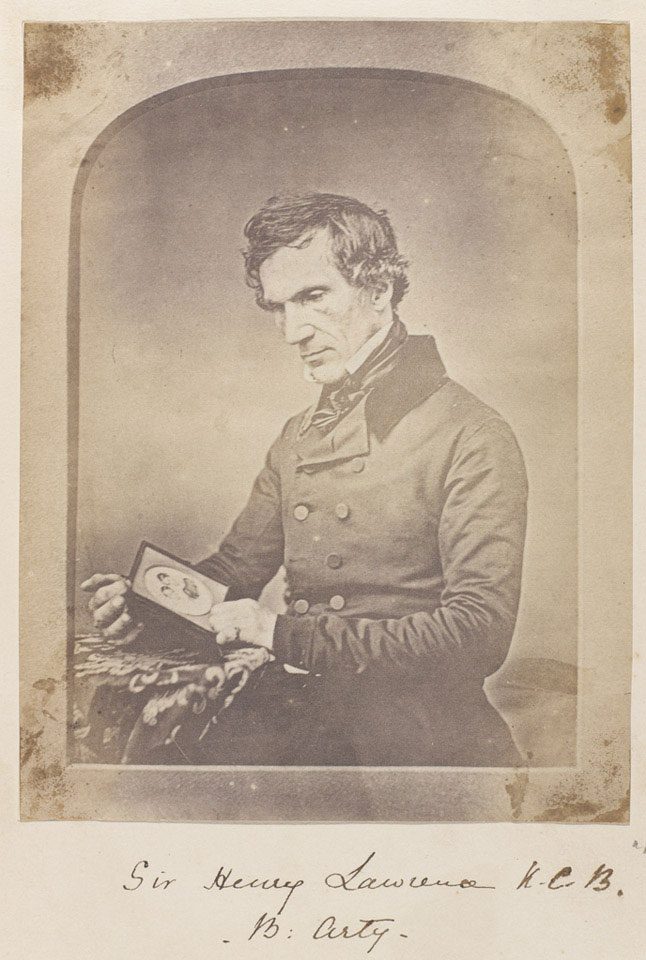 Lawrence joined the Bengal Artillery in 1823 and gained a wide experience of campaigning and non-military duties as Resident in Nepal in 1843 and at Lahore in 1846. He was an able and far sighted administrator, an influential writer and military reformer and eventually became a legend in his own lifetime. During the Indian Mutiny (1857-1859) he organised the defence of the Residency at Lucknow and died on 4 July 1857 from wounds received during the siege.