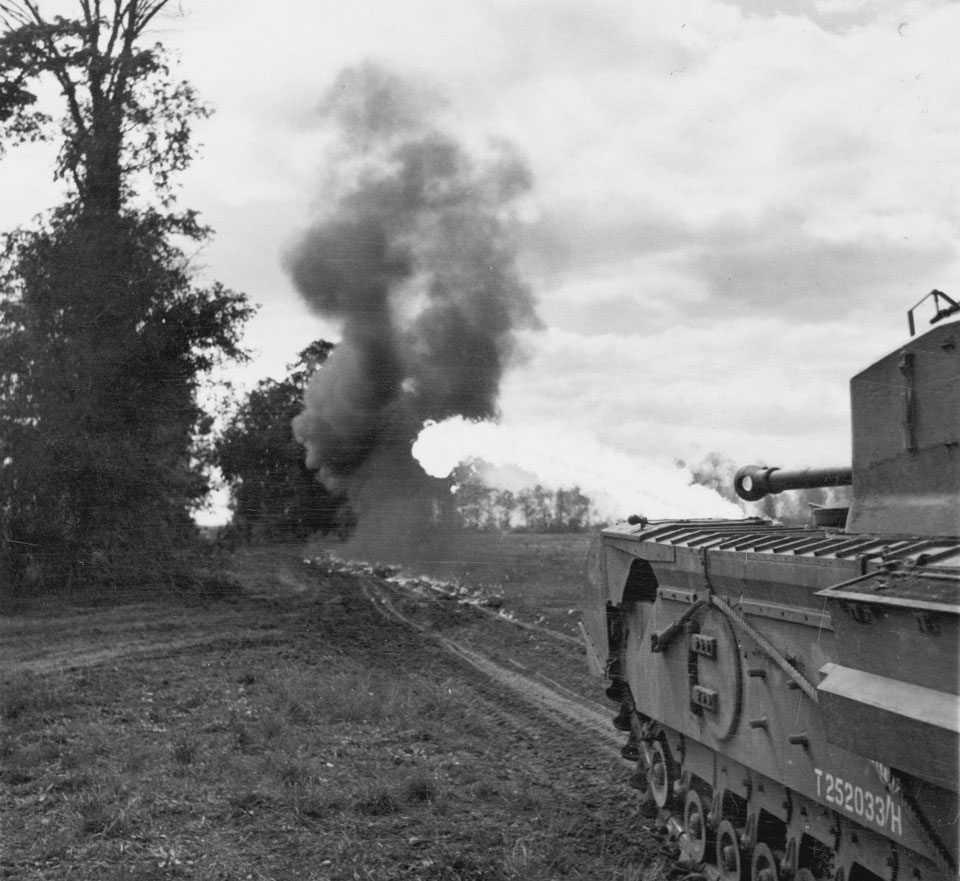 The Crocodile, like the standard Churchill, was armed with a 75 mm gun in the turret, but the hull mounted machine gun was replaced by the flame-thrower. The tank's trailer contained 400 gallons of fuel and nitrogen propellant, enough for eighty one-second bursts. The thrower had a range of up to 100 yards and was a devastating weapon when used against enemy bunkers and defences.