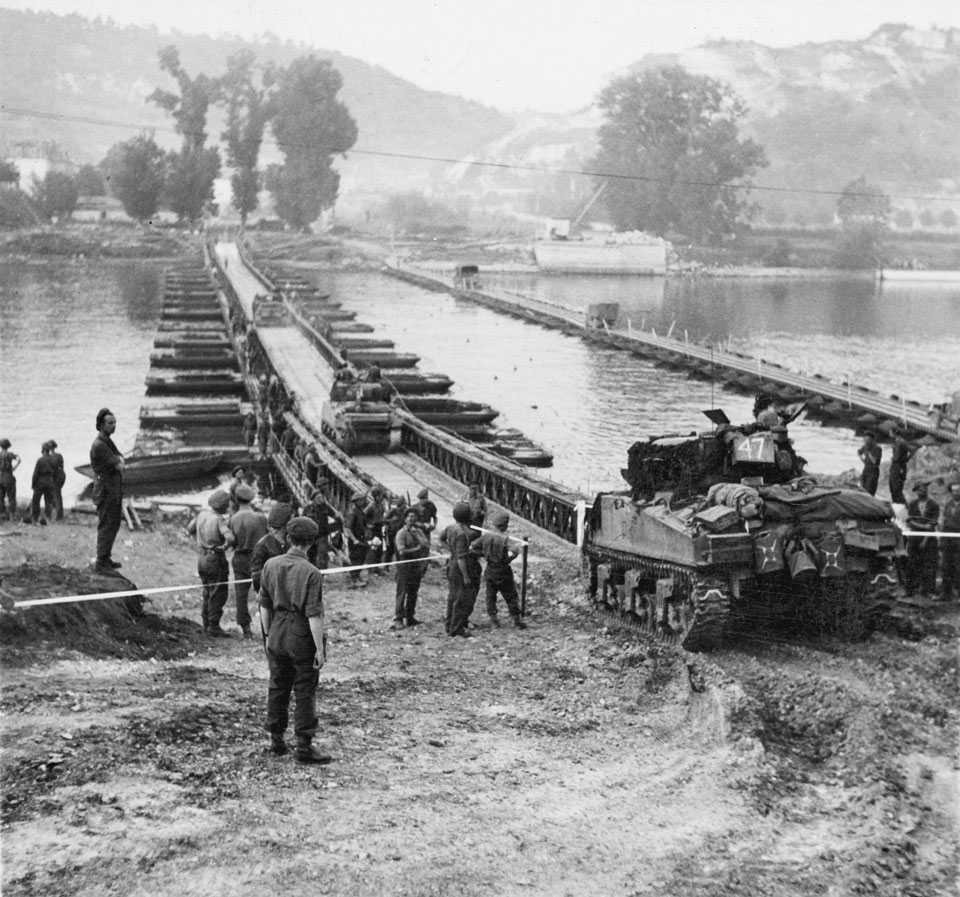 Sherman tanks crossing a bridge over the Seine at Vernon, 28 August 1944

43rd Division of 30 Corps began crossing the river at Vernon, some 80 km north west of Paris, on the evening of 25 August 1944. Operation NEPTUNE began with a barrage and a smoke screen that allowed the 4th and 5th Battalions, The Wiltshire Regiment, the 1st Battalion, The Worcestershire Regiment and the 4th Battalion, The Somerset Light Infantry, to cross in boats and establish a small bridgehead.

By 6 pm the next day, the Royal Engineers, despite being under fire at the start of their work, had completed the construction of a 680-feet folding boat bridge that allowed Allied armoured units to cross the river and reinforce the infantry units.