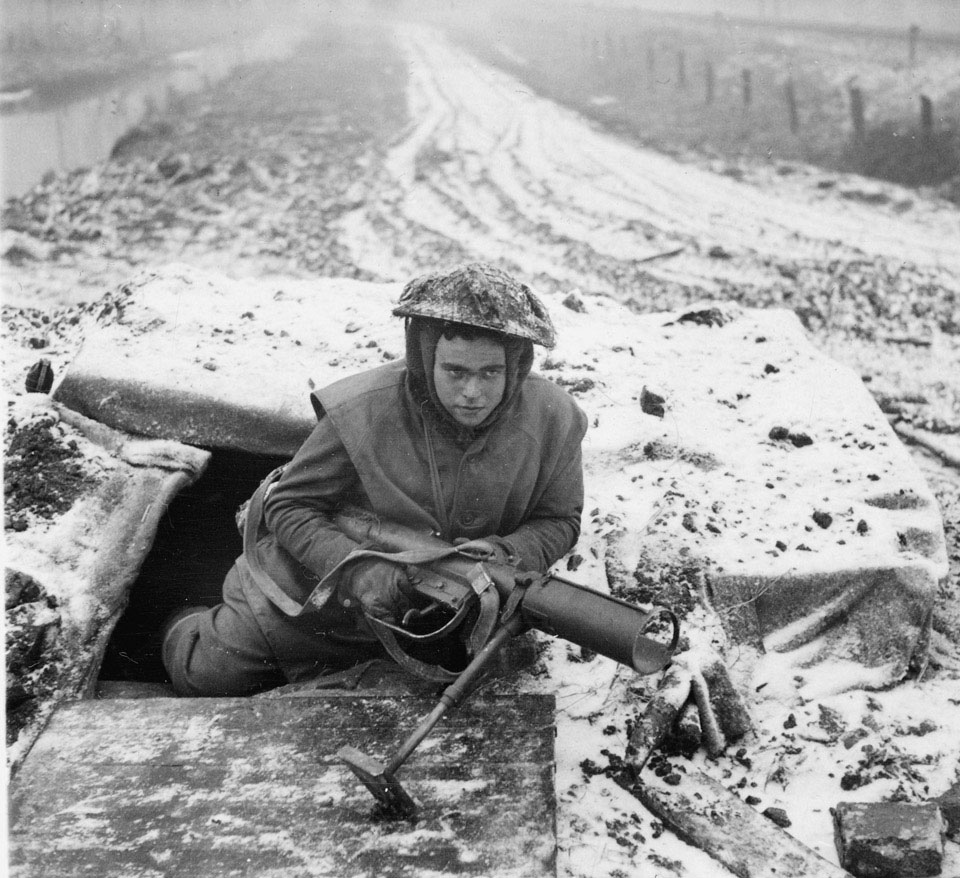 A member of the 1st Battalion, The Rifle Brigade, leaving a dug-out in the village of Niewstadt, Netherlands, 28 December 1944

The Rifleman is armed with a Projector Infantry Anti-Tank (PIAT). Although this weapon had its drawbacks such as the difficulty in cocking the weapon in a confined space and a maximum range of only 100 metres (109 yards), it was capable of penetrating any German tank armour.