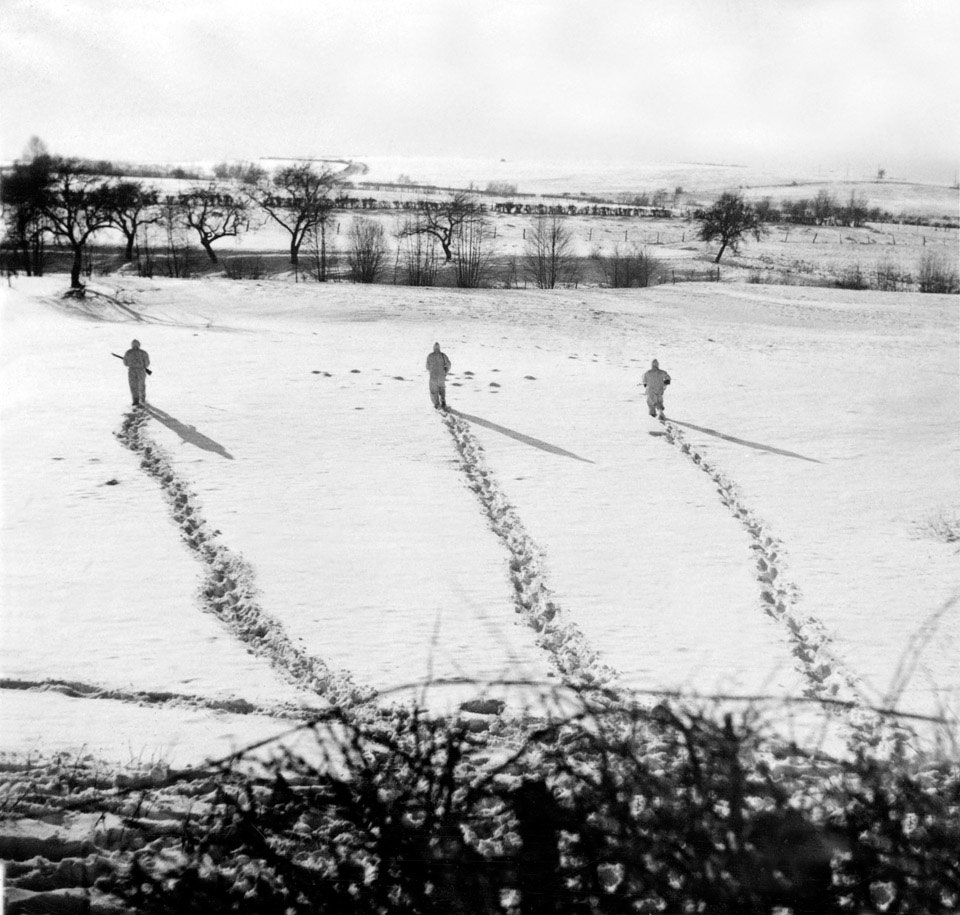 Soldiers of 6th Airborne Division advance through the snow during a recce patrol in Belgium, 14 January 1945