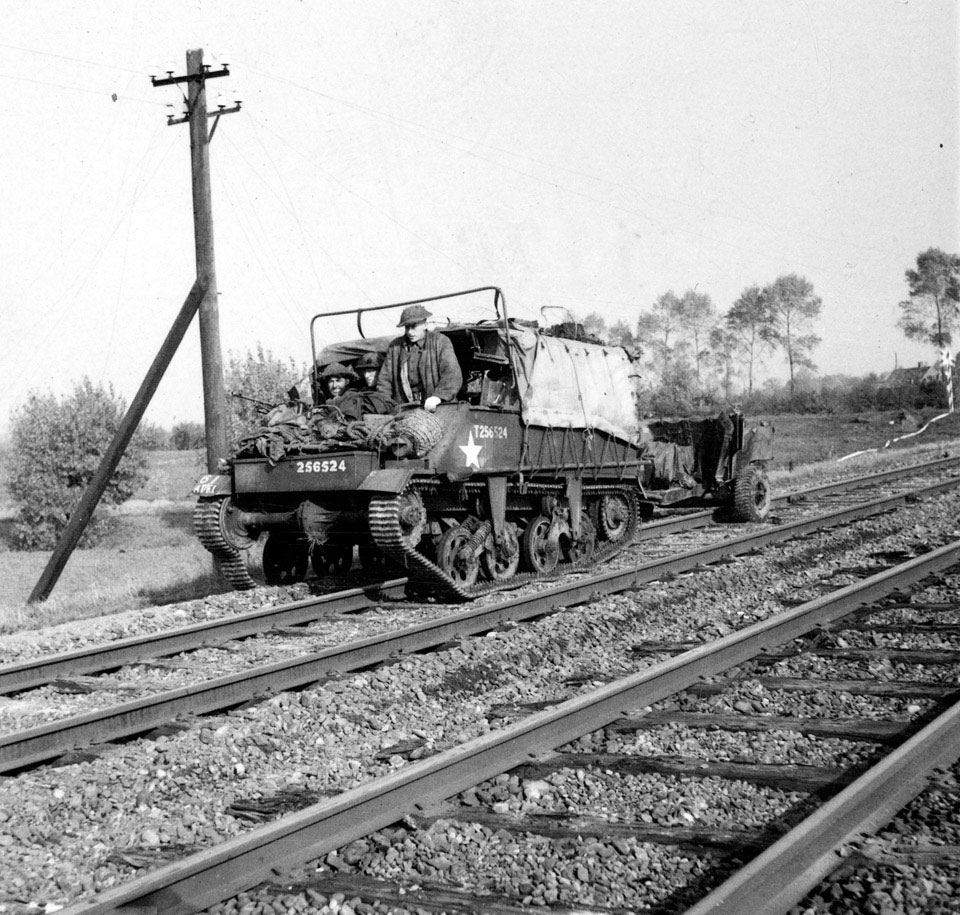 Loyd carrier of a mortar platoon astride the railway track to Hertogenbosh, 25 October 1944

The Loyd Carrier was built by the Vivian Loyd Company for British and Commonwealth forces. They were usually used for transporting personnel and equipment, mostly support weapons, or as machine gun platforms. By 1945 production amounted to approximately 26,000. This example is towing a 6-pounder anti-tank gun in the Netherlands.