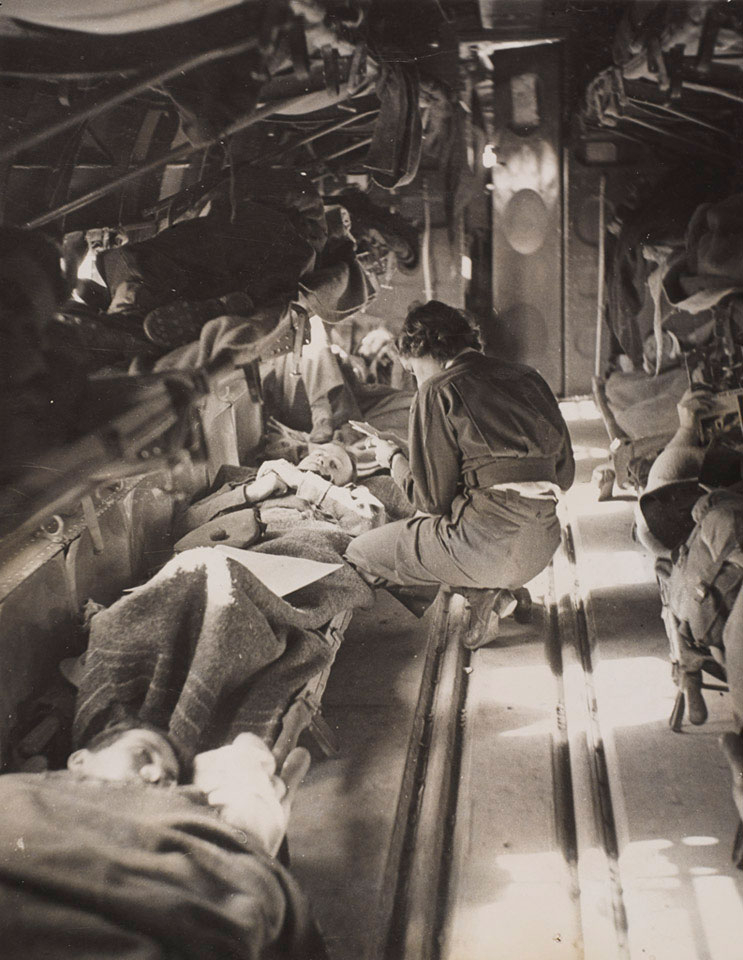 Mary Smith, a United States Army nurse from South Carolina, shown taking down the particulars of the patients during a flight in a C47 Dakota transport aircraft to North Africa. The aircraft was evacuating the wounded from a Casualty Clearing Station at Forgia in Sicily, to North Africa, most likely the General Hospital in Tunis.