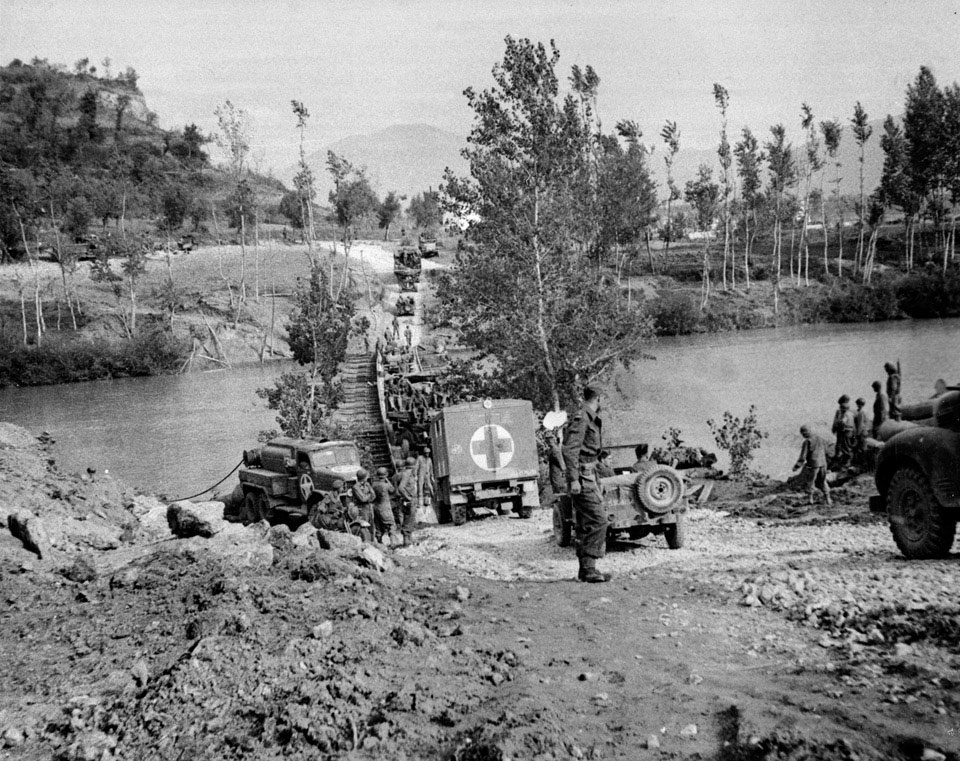 The Volturno was the first major obstacle facing the Allies after they had advanced from the Salerno beach head. Despite stiff German resistance the Fifth Army, with British 10th Corps on the left and American 6th Corps on the right, crossed the river during the night of 12 October 1943. The Germans then retreated to the next line north, the Barbara Line, which the Allies reached on 2 November.