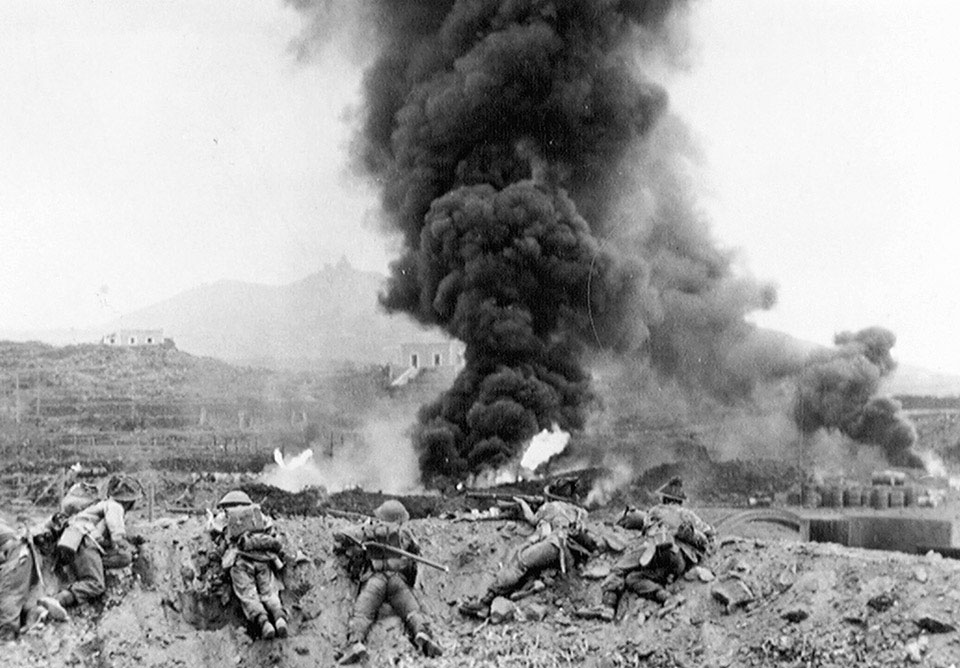 The troops are manning the lip of a bomb crater in front of 'Semaphore Hill'. A blazing petrol dump is visible in the distance. Pantellaria, located south west of Sicily, was an important Italian naval base. Its capture was crucial to the Allied invasion of Sicily as it allowed aircraft to be based within range of the larger island.