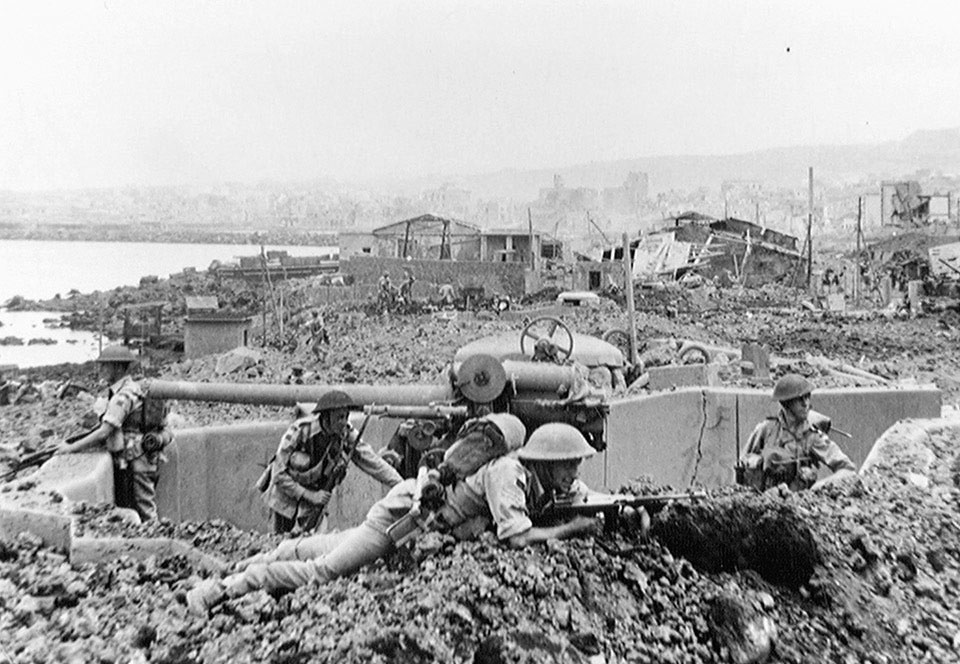 Infantry take up positions besides a knocked out coastal gun, Pantellaria, 11 June 1943

Pantellaria, located south west of Sicily, was an important Italian naval base. Its capture was crucial to the Allied invasion of Sicily as it allowed aircraft to be based within range of the larger island.