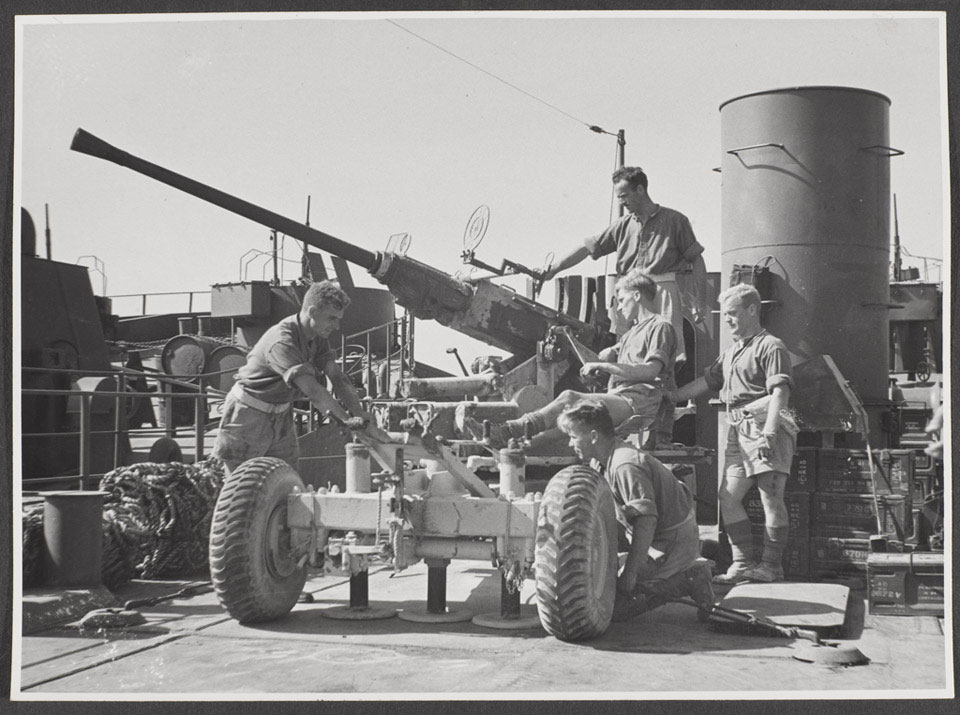 Sousse in Tunisia was used by the Allies as a port prior to the invasion of Sicily. The Bofors 40 mm gun was the most widely used Allied anti-aircraft gun of the war. The gun was quick firing, reliable and versatile. It had sufficient punch to knock out all types of aircraft and yet was light enough to be adapted to a mobile role.