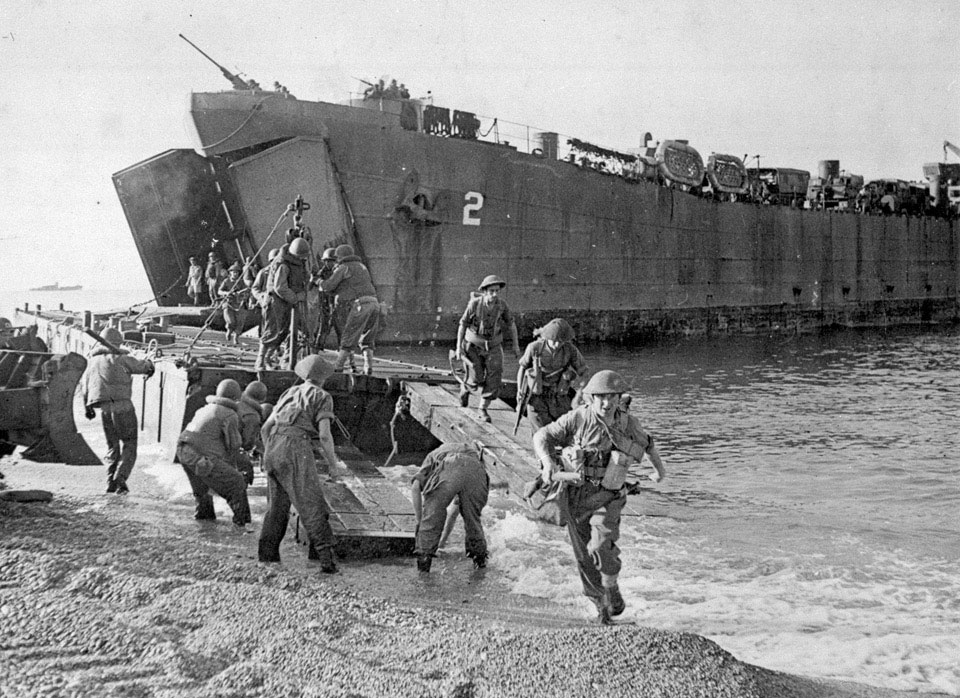 Disembarkation of men and equipment from a landing ship, Salerno, September 1943

The Allies landed at Salerno, south of Naples, on 9 September 1943. Although the Italians had already signed an armistice, the Germans had moved south to replace them and met the assault with determined resistance. At one stage the spirited German counter-attacks imperilled the Allies' hold on their beachhead, but they held out and by 16 September were able to advance inland, capturing Naples on 30 September.