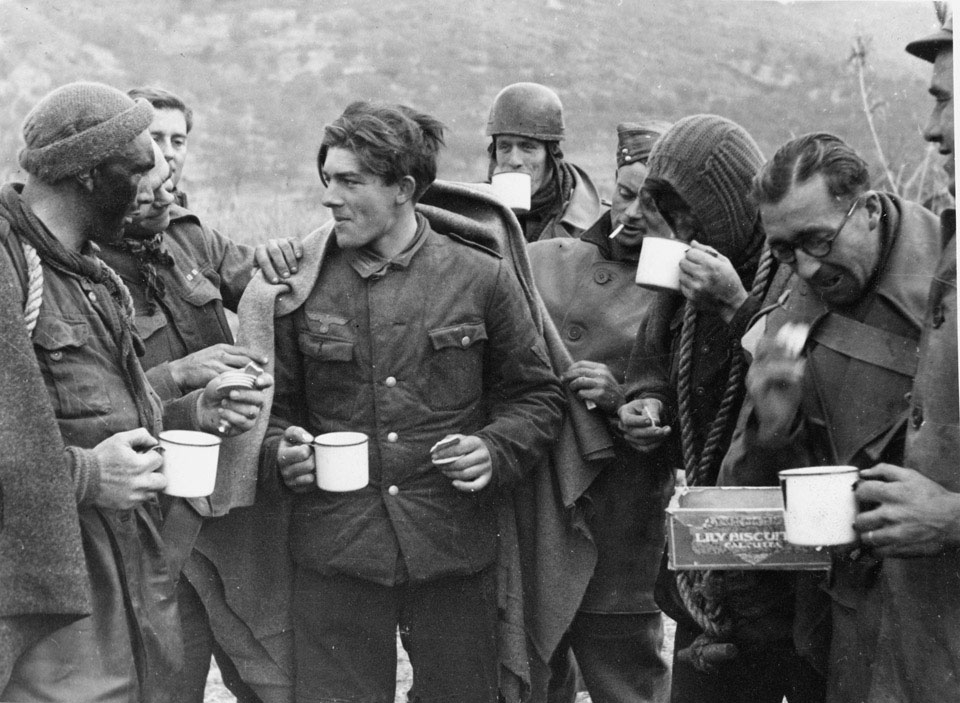 Commandos with a German prisoner captured on a raid, 11 January 1944

The first Commando raids were made by small numbers, were of short duration and at night. Most were against coastal targets in Scandinavia and North West Europe. Later they grew in complexity and size, especially in the Balkans and Italy. As the war progressed Commandos operated in the role of assault troops. They played a key role during the D-Day landings in June 1944.