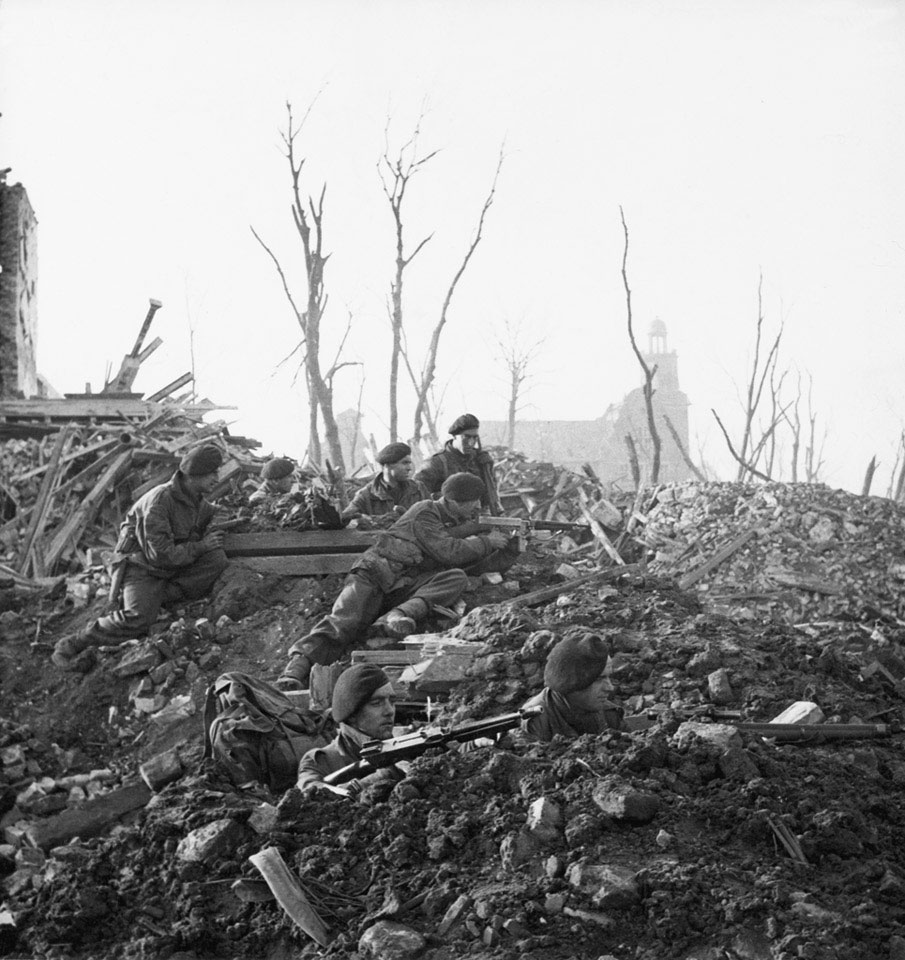 'Commandos on guard against rearguards after capturing Wesel, 24-25 March 1945'

1st Commando Brigade crossed the Rhine in assault craft during the night of 23 March 1945. They advanced under a terrific barrage of 1,500 guns to form the spearhead of the British assault. By 2 am on 24 March their first objective, the town of Wesel, was captured and 350 German prisoners had been taken.