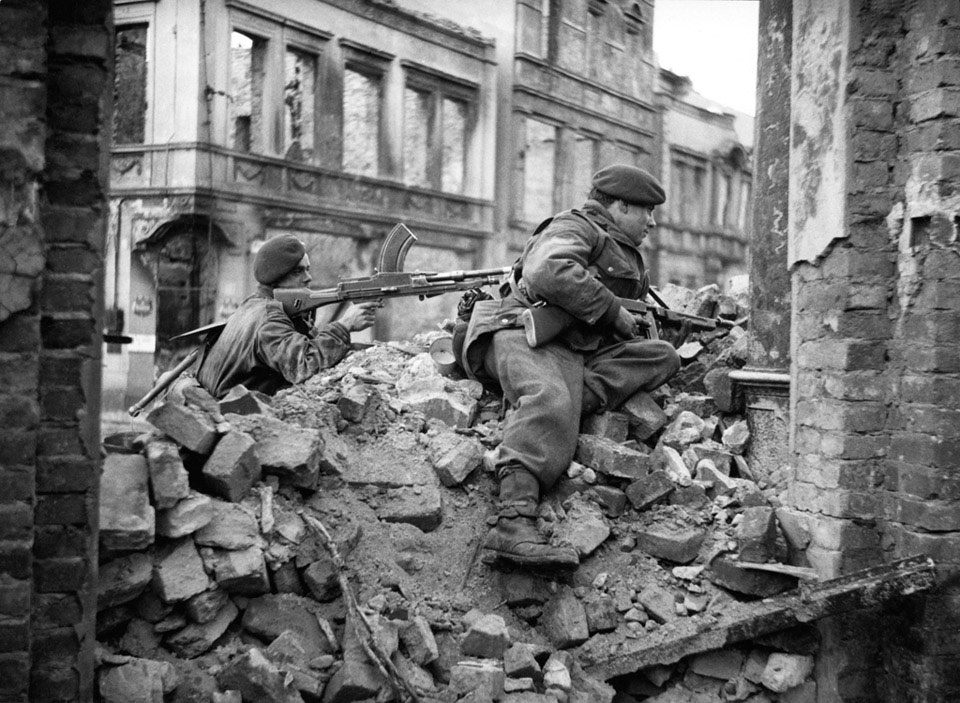 Two commandos looking out for snipers among the ruins of Osnabruck, Germany, 4 April 1945

Armed with a Bren Gun and Thompson sub-machine gun, the commandos were probably members of No. 10 (Inter-Allied) Commando which captured the town alongside 6th Airborne Division. No.10 (Inter-Allied) was recruited from the volunteers of many nations who had fled to Britain to carry on the fight after their own countries had been occupied by the Germans.