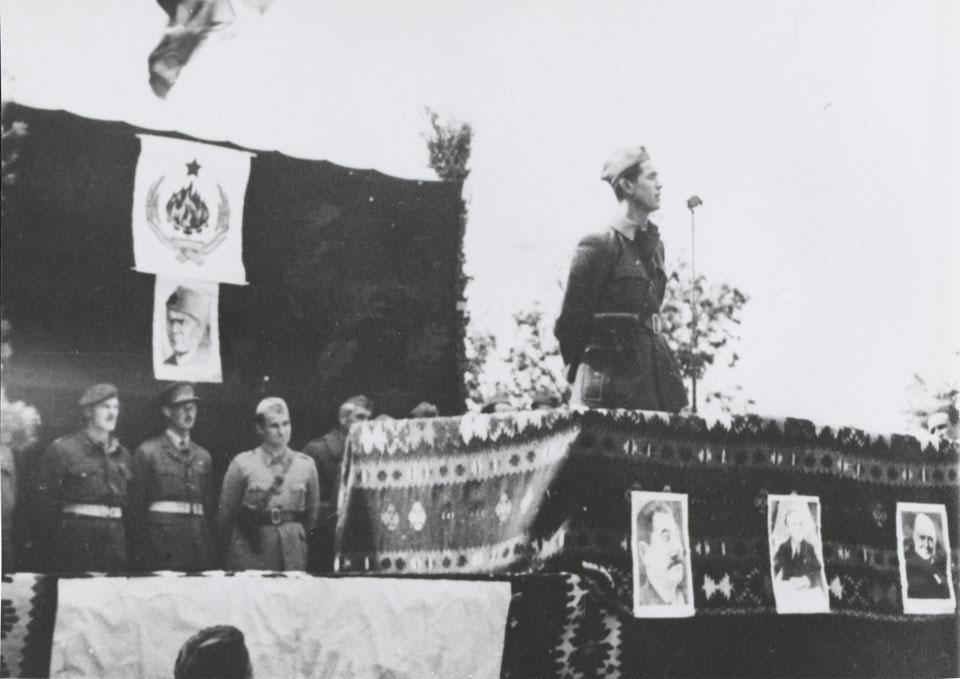 Thomas Churchill of the British Military Mission attending the May Day celebrations of the 26th Infantry Division of the Yugoslav Liberation Army at Vis, 1 May 1944

During 1943, growing evidence of Chetnik (Serbian royalist) collaboration with the Axis forces in Yugoslavia finally led Britain to switch its support from the latter to Marshal Tito's Partisans, a multi-ethnic and communist resistance army who were pinning down thousands of Axis soldiers in Yugoslavia and preventing their use on other war fronts.