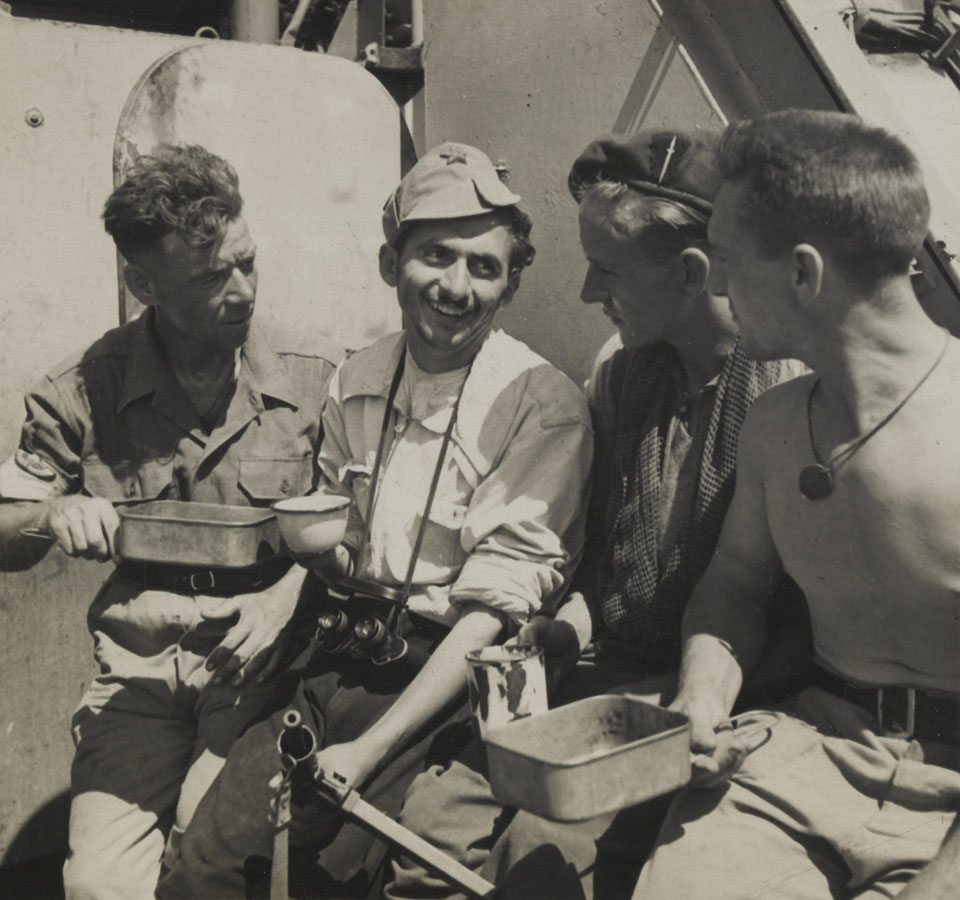 Members of No. 2 Commando drinking tea with a Yugoslav Partisan, 1944

In late 1941 Britain recognised Dragoljub Mihailovic's Serbian 'Chetniks' as the official resistance in Yugoslavia. Special Operations Executive (SOE) agents were sent to assist them in their fight against the Axis occupiers.

The 'Chetniks', however, soon became involved in a civil war against a rival resistance movement, the 'Partisans', led by Josip Broz, or 'Tito'. This force was Communist, multi-ethnic and fiercely opposed to Mihailovic's Royalist movement. Growing 'Chetnik' collaboration with the Axis against Tito finally led Britain to switch its support to the 'Partisans' in December 1943. Special forces troops, including SOE agents, Army and Royal Marine Commandos, the Special Boat Service and the Special Air Service, were then sent to the Balkans to work alongside Tito's army.